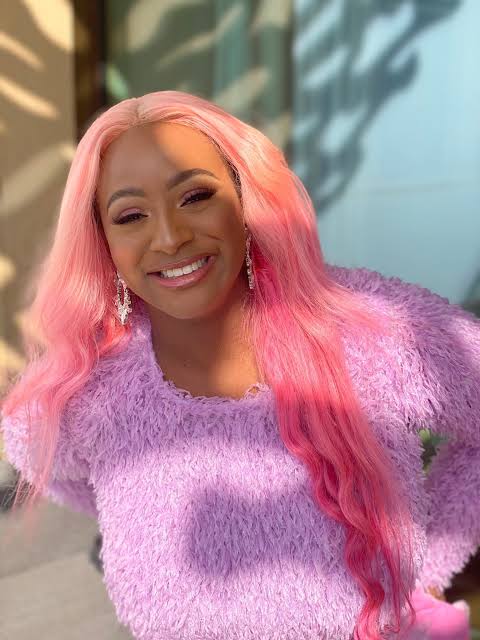 The disc jockey, who is now popular for her signature pink hair, was going through her Twitter timeline when she saw the tweet berating her for her dress sense that can’t seem to make up for her economic status.

The Twitter user identified as Queen OG with the handle @CaramelDutch3SS wrote: 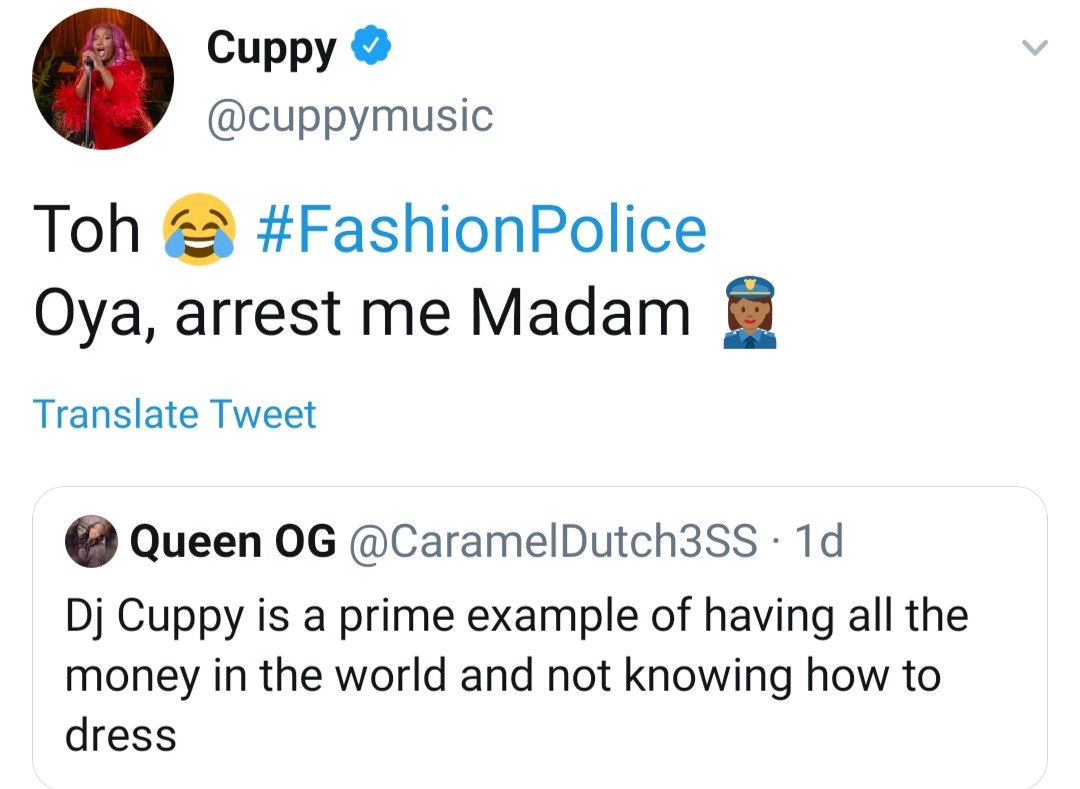