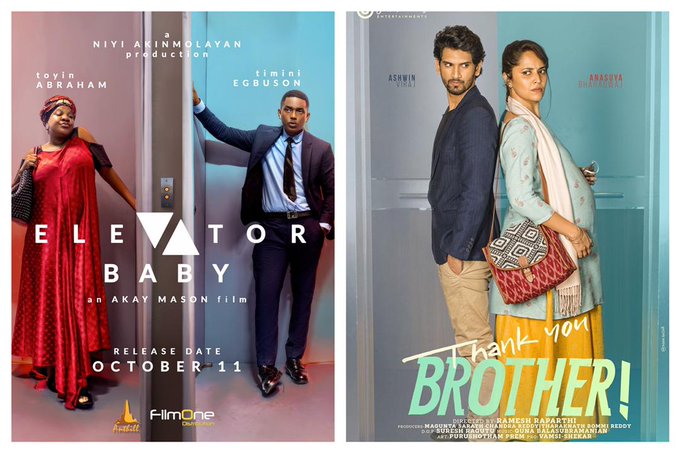 ‘Elevator Baby’ has become the first Nollywood movie to get an Indian remake.

The movie’s executive producer, Niyi Akinmolayan, took to his Twitter page to announce that the Indian filmmaker has acquired rights to remake the 2019 movie featuring Toyin Abraham and Timini Egbuson in lead roles.

“Last year, we released #elevatorbaby on @NetflixNaija the film that got @toyin_abraham1 and @_Timini their first AMVCA. @AkayMason directorial debut and @anthillstudios_ cinema debut. The film was on the top ten for 8 weeks. Then, I got a call from a film producer in India”, he wrote.

“He had fallen in love with the story and wanted to buy the rights for a remake. I thought it was a joke o…until dollars entered my akant!!! They made a really beautiful Indian version and I can’t wait to watch it. Elevatorbaby was a labour of love and was so much hard work“, he continued.

“So yeah… this happened. 😏 My directorial debut #ElevatorBaby is the first Nollywood movie to be remade in India.😎 A tremendous feat for the movie that keeps on giving. 🌟 @niyiakinmolayan you dey see our doings? Oya my akant details dey your DM 😏😉 #ForTheCulture” 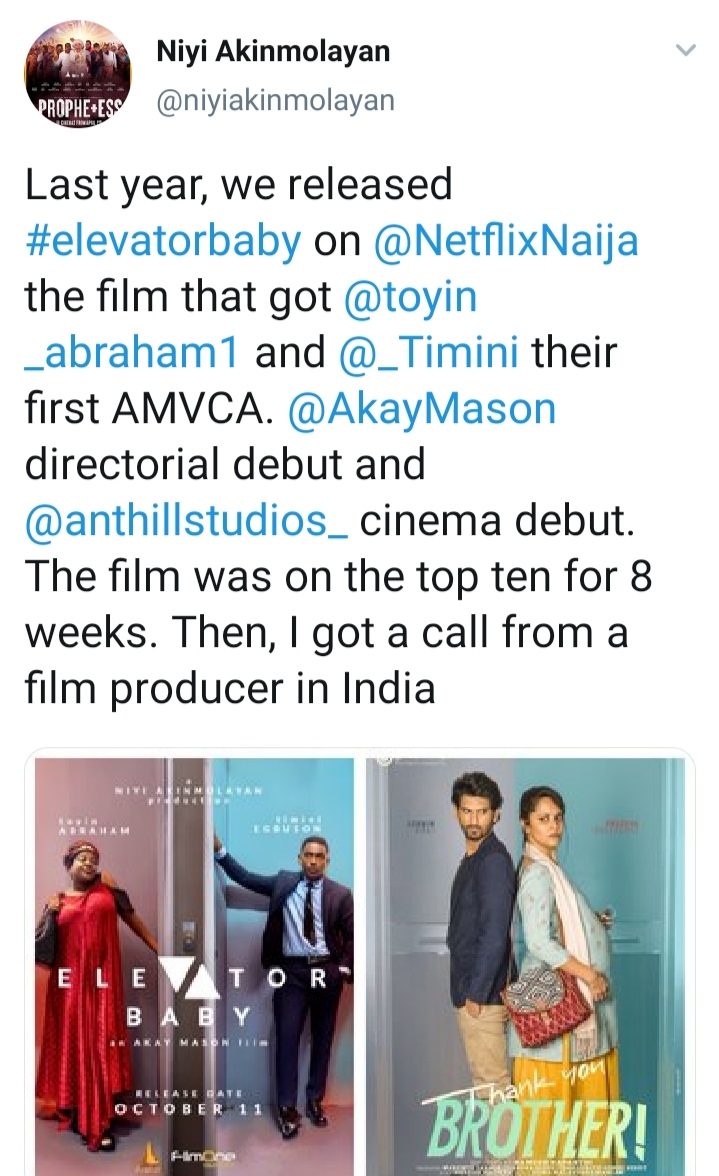 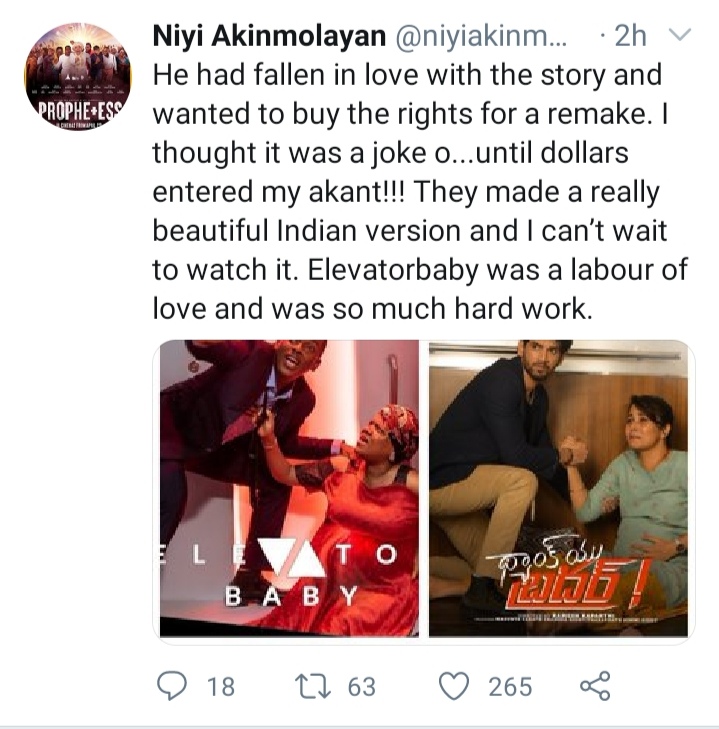 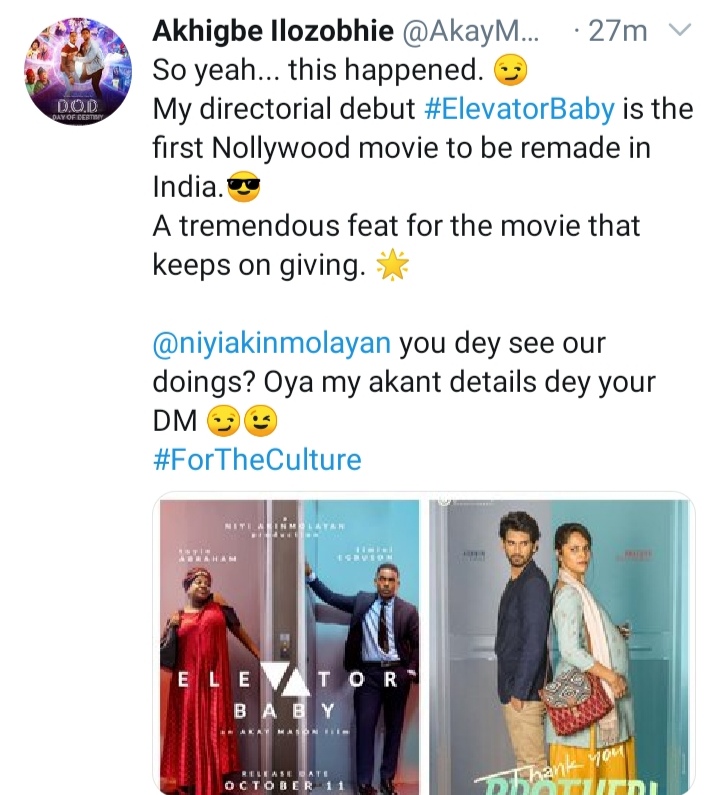