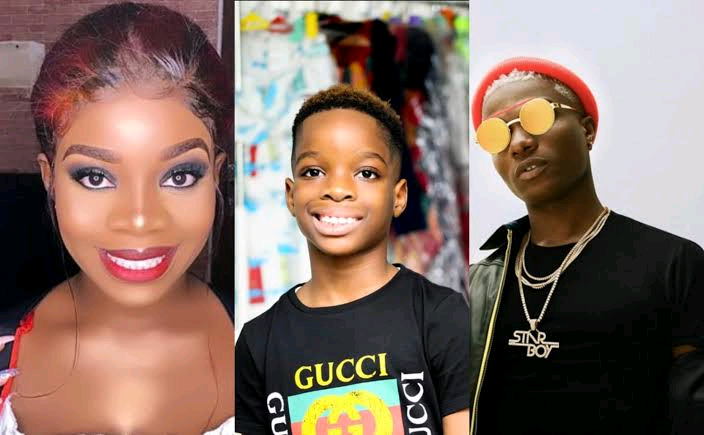 Wizkid’s first babymama, Shola Ogudu has announced that she and the singer organized their first son, Bolu’s 10th birthday party.

The fashion entrepreneur made this clarification after her now-deleted tweet was misinterpreted by fans as a shade at the ‘Joro’ crooner.

“I believe I’ve done my possible best as a mum and a parent. The rest of the story is for my SON to share“, the tweet read.

Taking to her Instagram page, Ogudu clarifies that the tweet had nothing to do with Wizkid as she was only trying to acknowledge her efforts as a mother. She also added that she had to delete it because of the heat she was receiving after making the post. 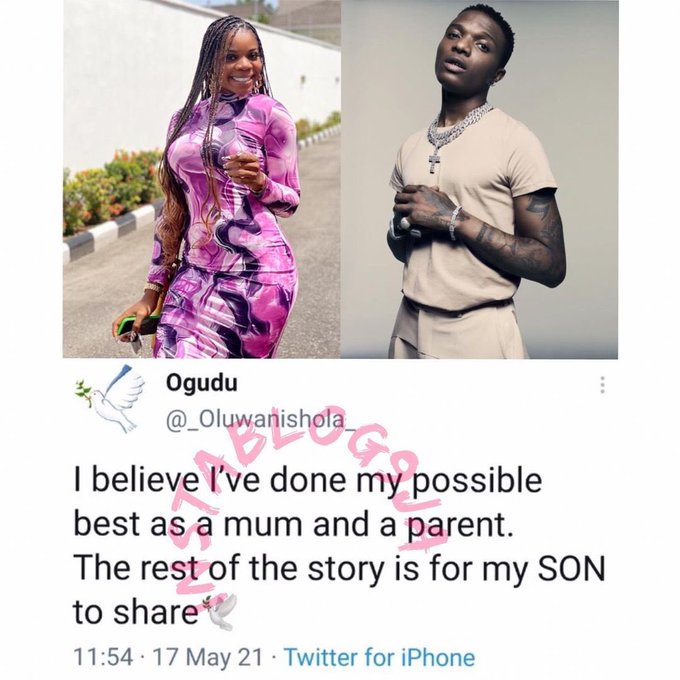 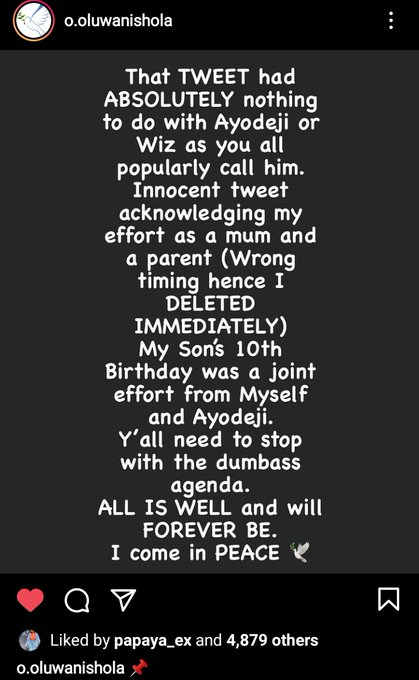