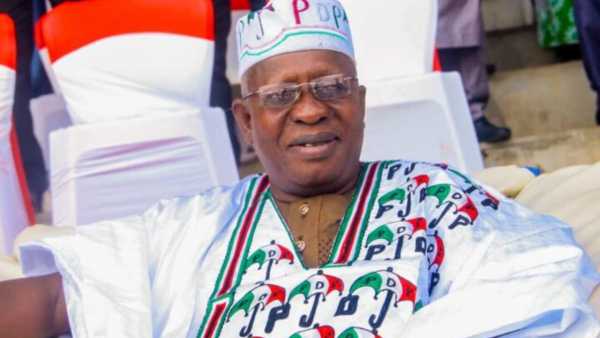 The Deputy National Chairman (South) of the Peoples Democratic Party (PDP), Yemi Akinwonmi, says he has assumed leadership of the party.

This follows the order of a High Court in Rivers State restraining Mr Uche Secondus from parading himself as the National Chairman of the party.

Defending his action in a statement on Tuesday, Akinwonmi explained that taking over the party’s leadership was in line with the PDP constitution.

“Section 35(3) (b) of the constitution of the Peoples Democratic Party empowers me to summon and preside over party meetings in the absence of the national chairman,” he said.

“Our attention was drawn yesterday (Monday) evening to a court order which purports to restrain our National Chairman, Prince Uche Secondus, from summoning and presiding over the meetings of the organs of the party.”

Akinwonmi’s first assignment was to postpone the meeting of the National Working Committee (NWC) earlier scheduled for Tuesday until further notice.

According to him, this was done in exercise of the powers of his office and to allow for broader consultations in the overall interest of the party.

The PDP has been enmeshed in a leadership crisis, with some internal interests calling for the resignation of the NWC led by Secondus.