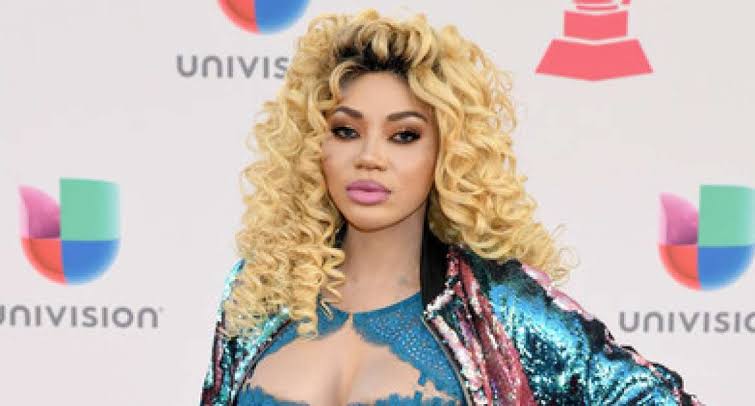 Cameroonian-born singer, Reprudencia Sonkey, alias Dencia, has tackled parents who post pictures of their kids on social media in a new post sighted on her Snapchat Stories.

The skincare entrepreneur and music star noted that parents need to protect their children from the negative comments and trolling on social media by not sharing their pictures.

Read Also: Living In US Is Very Hard Compared To Living Anywhere In Africa – Singer Dencia

According to Dencia, most parents know that their babies may not be as beautiful as they would like but would put them on social media anyway which is insensitive to the baby who would later grow and see all the negative comments from internet users about their looks. 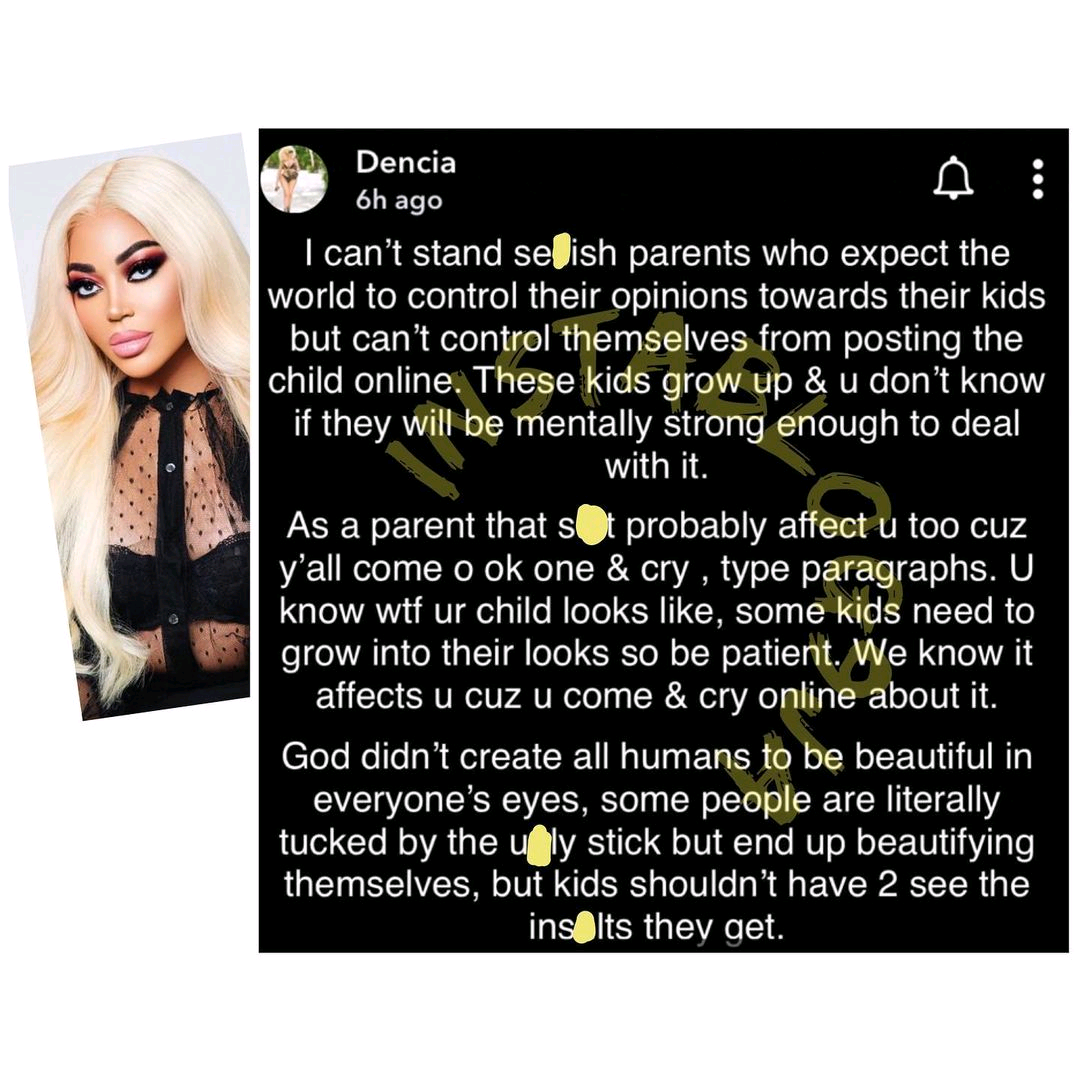 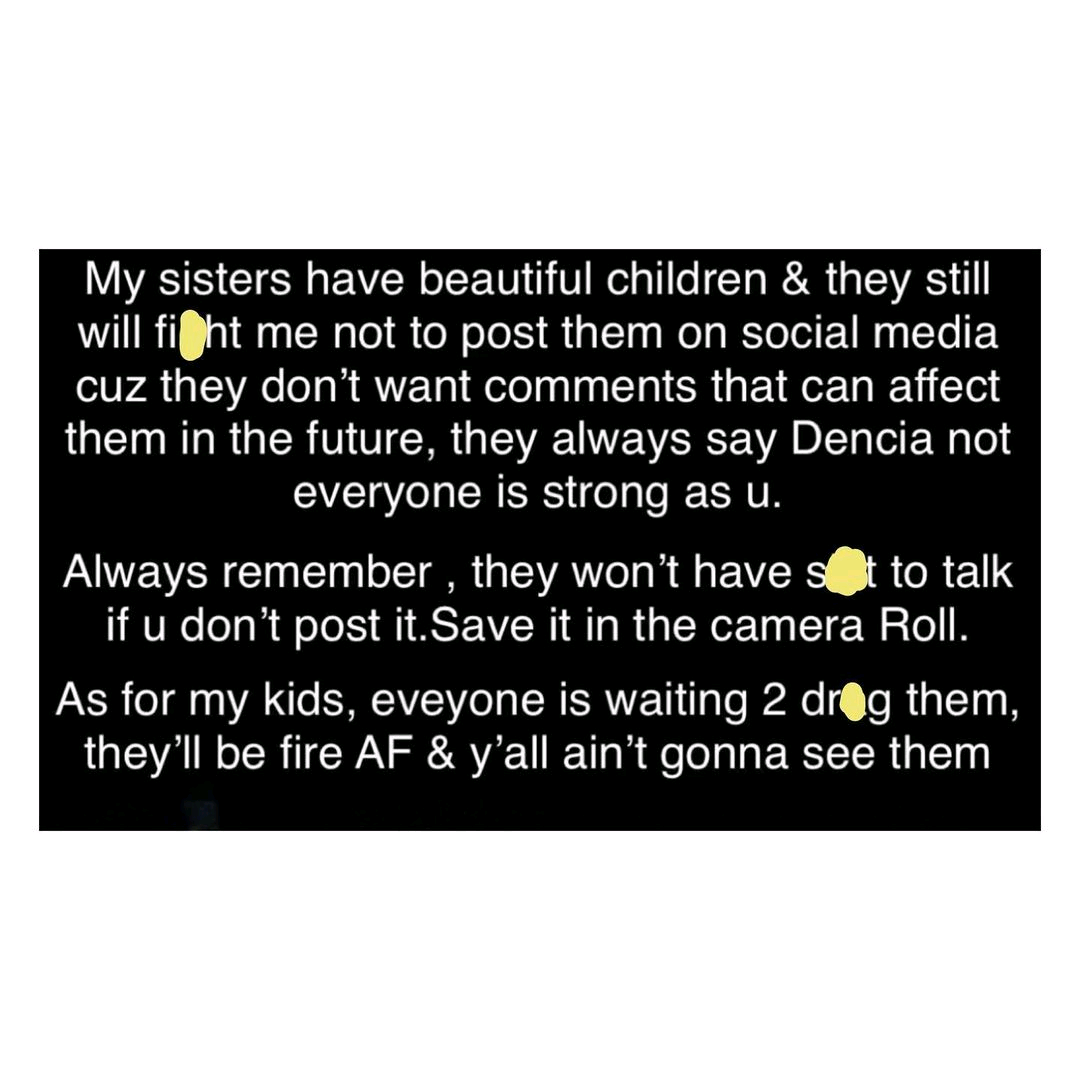