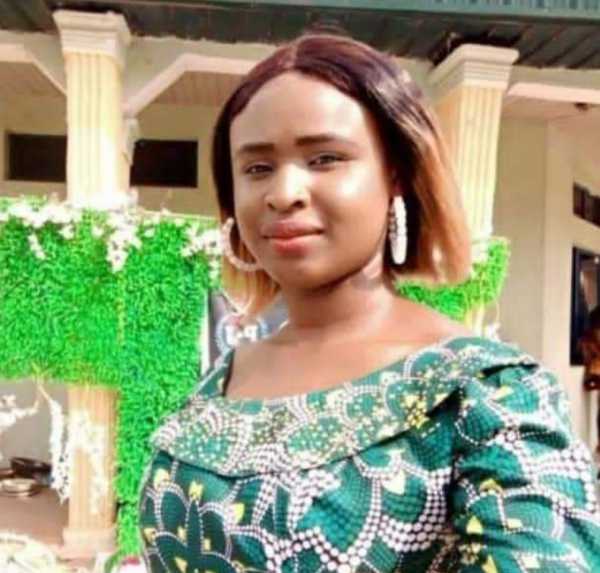 A 24-year-old Mass Communication graduate of the Benue State University (BSU), Joy Onoh, has been murdered by yet-to-be identified assailants.

The victim was killed in North Bank suburb of Makurdi, the state capital.

Onoh was said to have been taken hostage on Tuesday evening by unknown persons who had requested her retail products to be delivered to them.

She did not return to her widowed mother after the trip which she made in a hurry. The deceased was believed to have also been raped before her eventual murder.

Her corpse was dumped on a bush path in Low Cost Federal Housing Estate in North Bank of Makurdi.

Speaking to journalists in Makurdi on Thursday, mother of the deceased, Grace Onuh, who lives behind NUJ Secretariat, explained that her daughter graduated from the university in March and while waiting to be mobilised for the mandatory National Youth Service Corps (NYSC), she decided to be selling casual outfits for both men and women.

The bereaved mother said although the trade was strictly online, her daughter was involved in home delivery.

The mother disclosed that it was on Tuesday evening that Joy was called by an unknown customer to deliver some items at North Bank area of the town and that every effort thereafter to reach her daughter, who never stayed out late, proved abortive.

“Joy never stayed out late. I was plaiting her hair when a customer called her to bring easy wear and T-shirt to north bank. So my daughter quickly abandoned the hair and took the clothes with to north bank.”

“I waited she never came back, I called her line and it was busy all the time. She left the house at about 5pm and by 9pm I went to report the matter to police who found the body of my daughter the next day,” the woman said amid sobs.

Confirming the incident, the Police Spokesperson in Benue Command, DSP Catherine Anene, said a case of a missing young lady was reported and that the corpse was later discovered in a nearby bush in North Bank area of Makurdi.