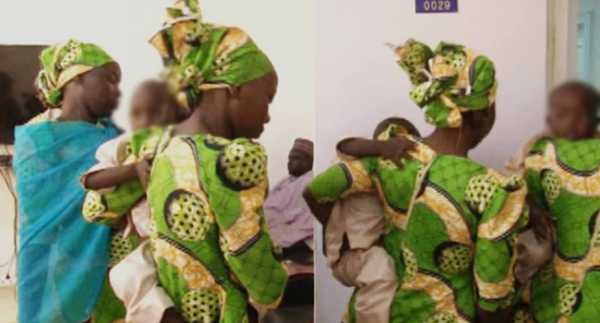 Six women and nine children kidnapped in the North-East have escaped their captors, walking for six days through the bush to freedom, an official said Monday.

The 15 hostages were seized separately from the farming villages of Takulashi in Borno state’s Chibok district and Cofure in neighbouring Adamawa’s Hong district several months ago.

Chibok was the scene of the 2014 abduction of more than 200 schoolgirls by Boko Haram which earned the jihadist group global notoriety.

Three of the hostages along with their five children were seized during a raid on Takulashi in October last year, while the other three with their four children were abducted from Cofure in May, according to Zuwaira Gambo, Borno’s women affairs commissioner.

The hostages, including an eight-month pregnant woman from Cofure, “trekked for six days” from Buni Yadi forest in nearby Yobe state to Damboa town in Borno, a distance of around 90 kilometres (56 miles), Gambo said.

“They have displayed resilience, trekking in the bush for six days,” Gambo said while presenting the escaped hostages to Borno state governor Babagana Zulum and Christian leaders.

It was not clear who kidnapped the women and children, but Buni Yadi is a known enclave for the IS-linked Islamic State West Africa Province (ISWAP), which split from Boko Haram in 2016 to become a dominant force in the region.

Zulum expressed delight receiving the hostages after they “fell prey to Boko Haram terrorists,” a name officials use for both groups.

“We thank God Almighty for rescuing and protecting you from the hands of terrorists,” Zulum said.