According to the entertainer, the happenings in the months of September and October have taught her that social media is not for the soft-hearted and it ruins relationships that would have grown into something beautiful if they were not brought to social media.

“Go on dates, baecations, surprise tinz, post ears, teeth and fingernails, but avoid showing these Zuckerberg streets your significant other,” the actress wrote on her Stories. 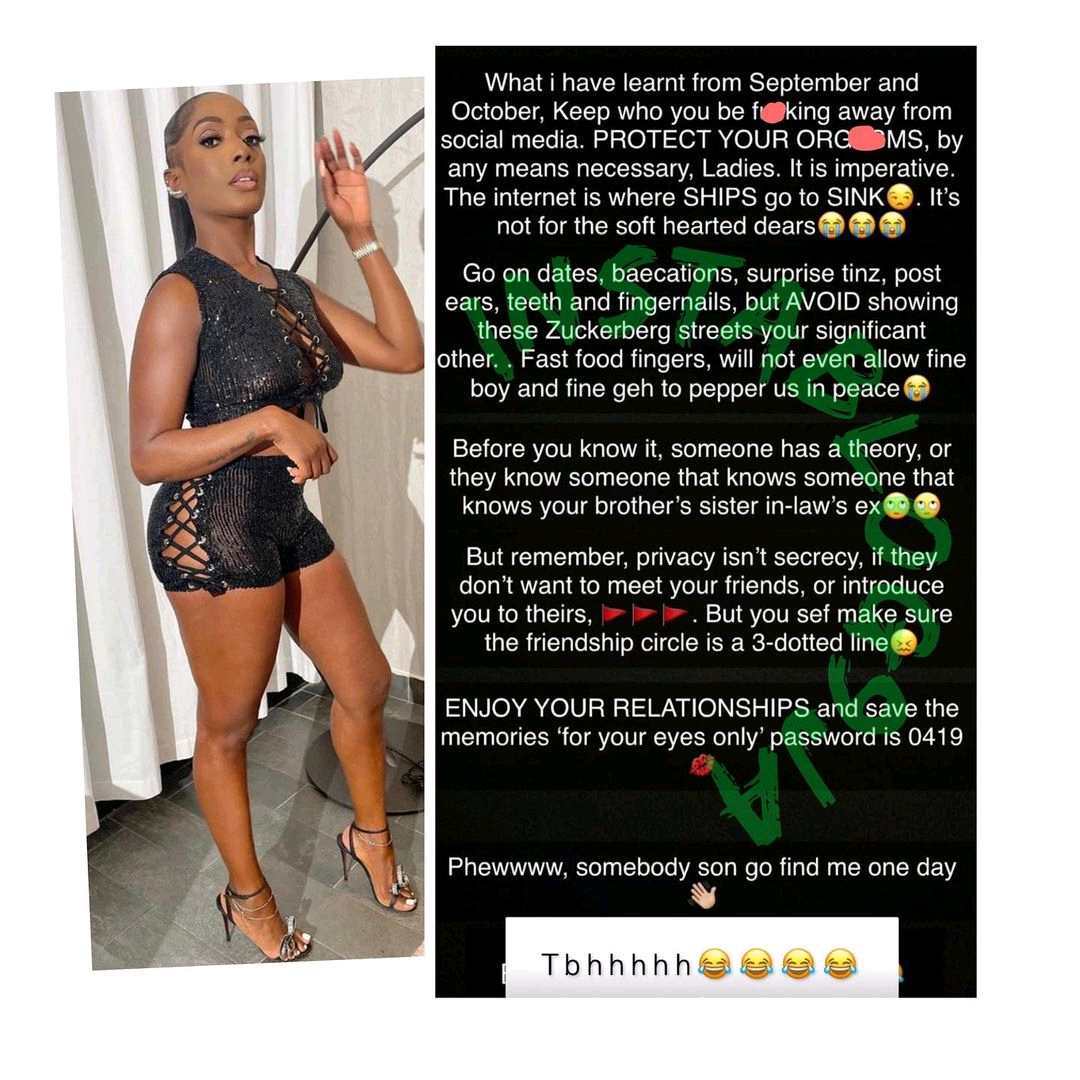