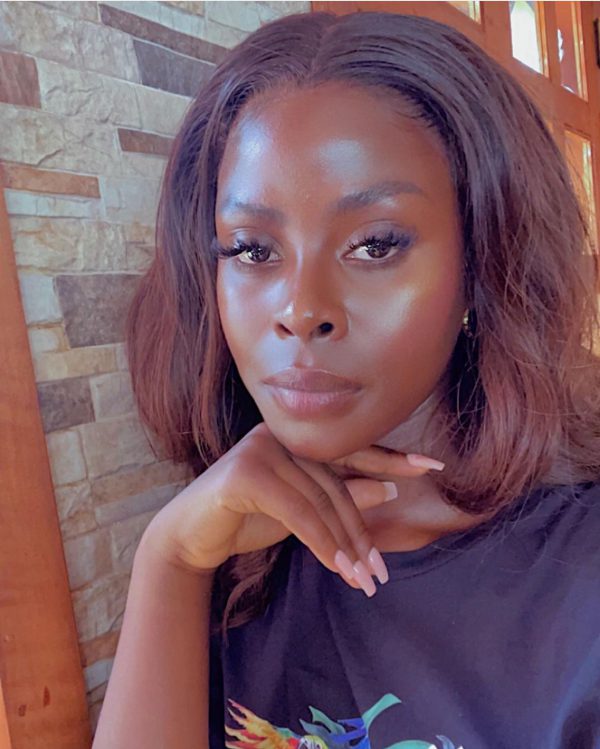 BBNaija Khloe is disappointed after NDLEA operatives denied assaulting her.

Yesterday, the star took to her social media to call them out for physically assaulting her.

She said she was assaulted by a staff of the agency at the airport, adding that the officer harassed her and seized her phone, called her a bastard and made her miss her flight.

Taking to Instagram, NDLEA released an official statement as they deny the accusation claiming that Khloe was first to point fingers in the face of the officer and at the same time pulled out a phone to record the officer in the course of doing her work.

READ ALSO: BBNaija Khloe Reveals She Was Assaulted By An NDLEA Staff

Reacting to this, Khloe felt really disappointed as she claimed none of what was written in the statement was true.

She said they did not reach out to her for proper investigation but instead published a one sided story in order to save their image. 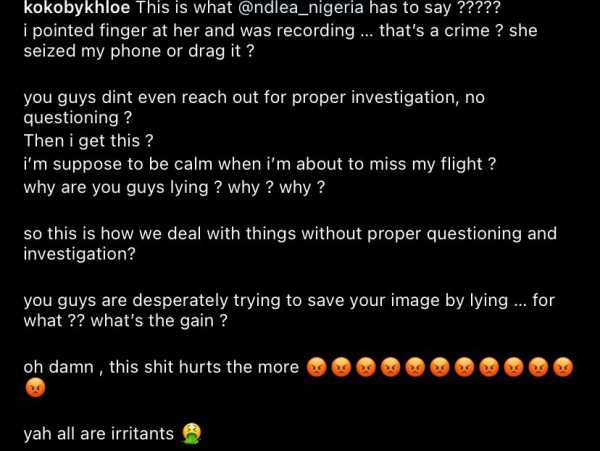