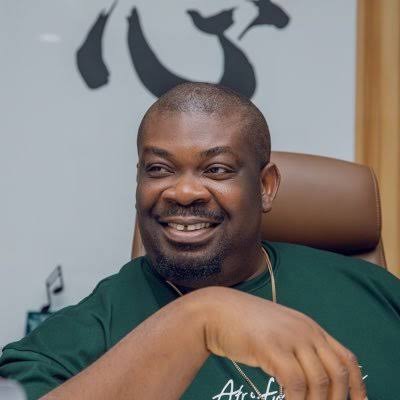 Don Jazzy Responds To Rumors That He Is Gay.

Don Baba, the owner of Mavin Records and a popular music executive, has responded to rumors that he is gay.

According to blog reports, some celebrities are gay, and that they should come out publicly and stop deceiving young girls.

READ ALSO: Don Jazzy Shows Alternative Ways To Use The Toilet To Avoid Being Bitten By Snake – Video

Don Baba was one of the celebrities mentioned in the report.

Don Baba J promised to come out after the accusation on his Instagram page in response to the rumors.

On his Instagram page, he wrote: “So I hear I’m gay all the time anyways click link in my bio to subscribe because I’m going to be coming out there.” 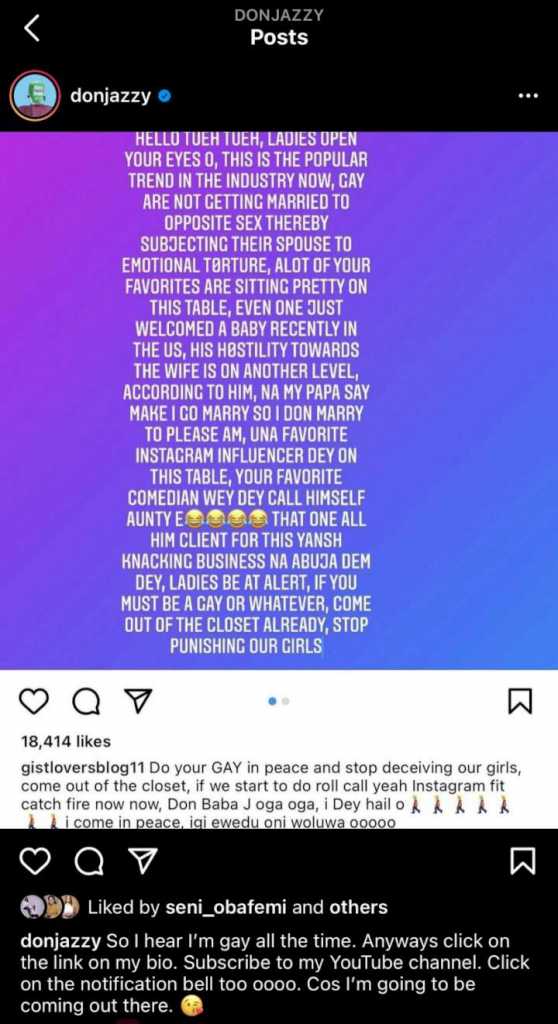