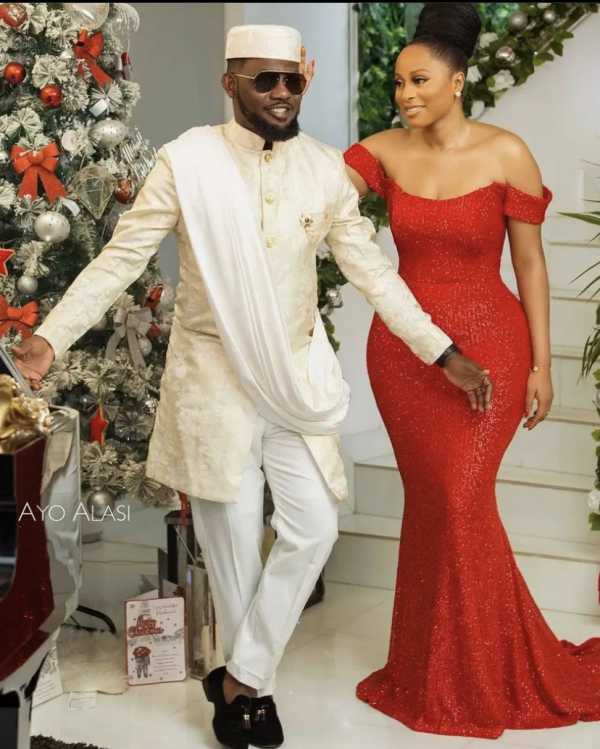 Nigerian comedian, actor and producer Ayo Makun, took to social media to appreciate his wife, Mabel for her sacrifice in birthing their second child, Ayomide, 13 years after birthing their first child, Michelle.

Recall that some days ago, AY had posted a video of his wife in the hospital, announcing the birth of their new baby.

READ ALSO: ‘The Boy From Portugal. Now The Greatest Player In The History Of Football.’ – Ace Comedian, Ayo Makun, Says As He Lead Fans Reactions To Cristiano Ronaldo’s 34th Birthday

AY then took to his Instagram page to drop a video and a long message in gratitude to his wife.

He captioned:”The word “sacrifice” should be a common theme when we think of motherhood. First our women/mothers sacrifice their bodies for nine months by putting on weight that feels unflattering and uncomfortable, losing their appetite for food they once enjoyed, not being able to have a glass of their favourite wine at will, and of course all the excruciating aches and pains that comes long before labour begins.” 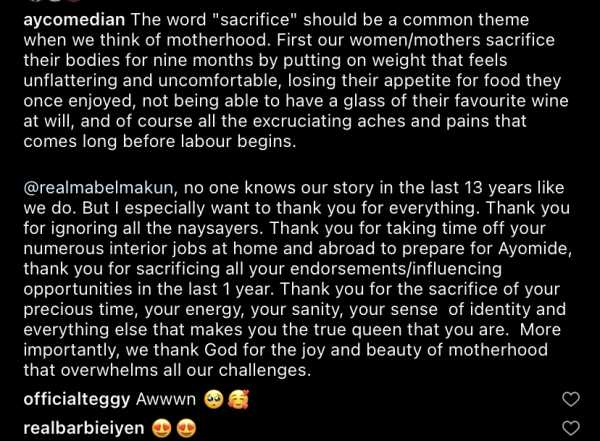