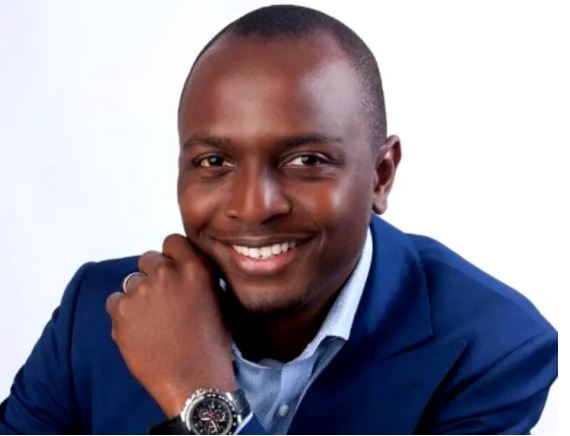 Without a doubt, hosting the famous Big Brother Africa reality TV show from inception till the time it went off air in 2015, might seem like a dream come true.

But for IK Osakioduwa, it was a stepping stone to what he has become in life.

The popular on-air personality became a household name in many homes across Africa and beyond after hosting the once biggest reality TV show in the continent from 2009. He took over from Kabelo Ngakane, a South African TV host and media personality.

The show went on to record a significant success, putting Osakioduwa in the continental spotlight. Back home, he became not only the favourite of the fans of the show, but also, the most sought after live television host and event compere in Nigeria.

Unfortunately, the last season of the show was aired in 2015, with Ace Khumalo and Ntombi Tshabalala emerging winners. And since then, nothing has been heard of the show, but Osakioduwa has continued to make waves as a quintessential reality TV host in this part of the world.

However, sharing his years of experience hosting the show, while in a recent chat with our reporter, the Edo state-born TV presenter said the experience added to his success story in the entertainment industry.


“If I have to say anything about the shows that I have hosted over the years, they added to my journey, not just as a presenter or as an individual. But my journey in the Television or showbiz industry, they added to all of that to make me successful.

‘It takes so much logistics in terms of production to make it successful. If you work on that show, you will learn more than you will learn in any show you can think of hosting in future,” he enthused.

Osakioduwa then recalled one of his worst moments while hosting Big Brother Africa.

“On May 4, 2012, while I was hosting Big Brother Africa, my mother passed on during the week. That Sunday I still had to present the show. That was a sad experience for me. Suffering the loss of a loved one in my own personal life and having to come on a live show on the same day to make people happy was a tough job,” he recalled.

Asked if hosting the show really affected his family life, Osakioduwa admitted that it did, but not in a negative way.

“Yes, it affected my family, not in a bad way but in a good way. It holds one to a higher esteem as well as helps you to live a better life. Though my family does not enjoy the privacy that other people enjoy because I am in the spotlight, “ he added.

Osakioduwa, however, dismissed the notion that he has a desire to replace Ebuka Obi-Uchendu as host of Big Brother Naija reality TV show.

The popular TV host revealed that he was contacted when the producers were perfecting plans to return BBNaija on the screen, but he was unavailable then.

“When they started BBNaija, they were in touch with several people. They spoke to me about it but at that time, I went into different productions. I don’t feel bad about it. I am excited about BBNaija every time it comes on,” Osakioduwa further stated.

A graduate of Economics from University of Lagos, Osakioduwa began his broadcast career as the “Wild Child” on Rhythm 93.7 FM, but it wasn’t long before he moved into television as the presenter on M-Net’s flagship Afro-Chic lifestyle programme, Studio 53. He has hosted many shows, including ‘Nigerian game show’, ‘Temptation Nigeria’, ‘The Voice’, ‘Nigerian Idol’ and the stand-up series ‘Comedy Club: Live In Lagos’. Also, he was host and producer of the Africa Magic show ‘Highlites with IK’. The show was the first of its kind, a Late Night Television Show in Africa, which brought to the forefront his uniqueness take n current affairs and entertainment through witty and humorous social commentary.