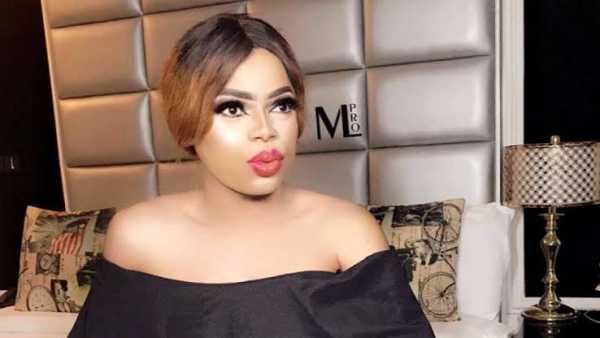 She was criticized after landing in Abuja, where she flaunted her N600,000 per night fancy hotel suite, just hours after bragging about transporting her colleagues on a private plane.

The crossdresser who discreetly chastised female celebrities for not bringing their workers on their luxurious travels flaunts his hotel suite at the Transcorp Hilton hotel in Abuja, which costs N600,000 per night.

READ ALSO: Be Ready To Use Your Dad For Money Ritual, Bobrisky Tells Those Competing With Her

Fans, on the other hand, see Bobrisky’s Valentine’s trip as an act of jealousy toward her contemporary, James Brown, who is presently living his best life in the United Kingdom.
Take a look at the video below.