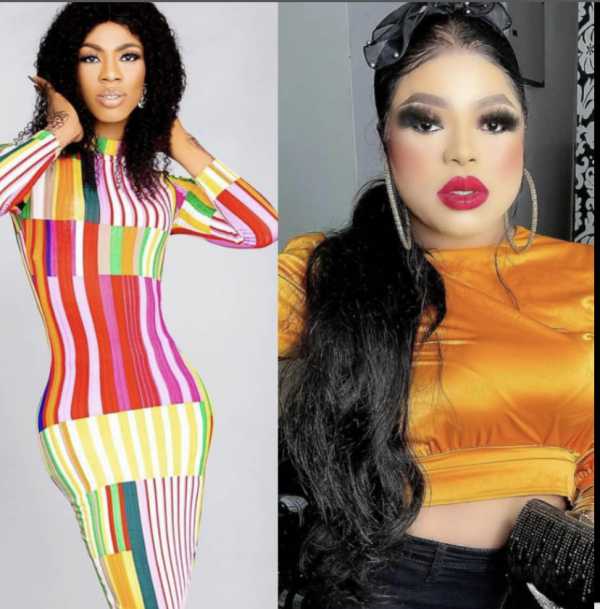 Crossdresser Bobrisky has taken to her social media to wish her fellow colleague, James Brown well.

Recently, James surprised so many after he revealed that his trip to the UK was for him to stay schooling.

However, Bobrisky has been undermining James’ achievements since the latter announced he is now a student in a UK university.

READ ALSO: “I made James Brown who he is today” – Bobrisky says (video)

Bob began by insinuating that James is not in a reputable school and asked “which better school dey open during winter”.

Bob also said during an interview that he made James Brown.
Well, it seems he thought things through as he decided to wish James well.
He wrote: “James Brown wish you d best in life darling… hurry up and graduate let come and eat rice.”
Bobrisky added a love emoji in the caption.
See post below;