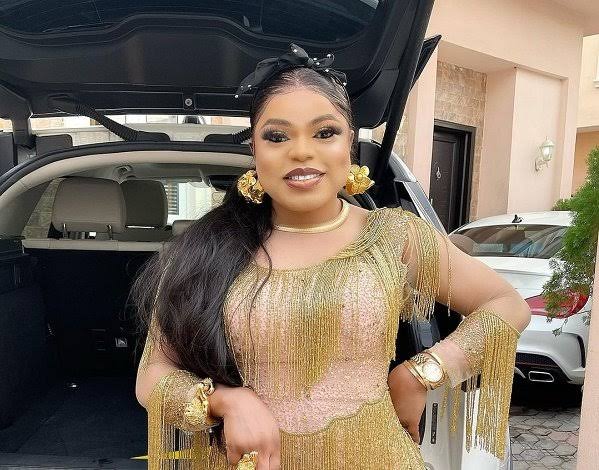 Nigerian crossdresser, Bobrisky isn’t done tarnishing the image of his  junior colleague,  James Brown.
Bobrisky, who adamantly desires to rule as crossdressing Queen, feels ousted and threatened by the junior he raised and tushed.
Since James Brown came in the UK and was accepted into one of the country’s prestigious colleges, the two have been at odds.

As he continues to soar higher and be the preferred option of many, James Brown has  become a thorn in Bobrisky’s flesh.

Bobrisky spoke about making James Brown who he is during an Instagram live session wit Daddy Freeze.

He reminded the public that when he came out as a crossdresser and was widely condemned, he remained firm behind him.

He described how he assisted him financially and helped him up when people called him unprintable insults.

Everyone who comes close to Bobrisky, he claims, comes for fame, money, or to utilize him.

He claims that whenever he speaks out against them, he gets called derogatory names.