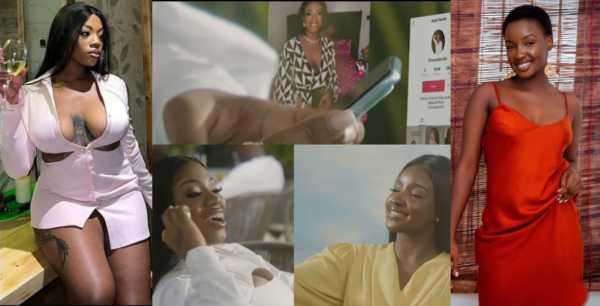 Angel Smith, a Former BBNaija Housemate, has been dragged on social media for allegedly shading Co-reality star Saskay over an advert for a brand.

The Duo signed a partnership deal with a global smartphone giant, OPPO Mobile.

The smartphone company made this announcement on their official Instagram page.

The mobile brand launched a new product with Angel, Saskay and Rapper Blaqbonez having their unique content.

Angel, who earned the highest engagement, was attacked for buying views and likes for her video.

Reacting to this, Angel took to the microblogging platform Twitter to retweet a collage of her engagement and Saskay’s side by side. 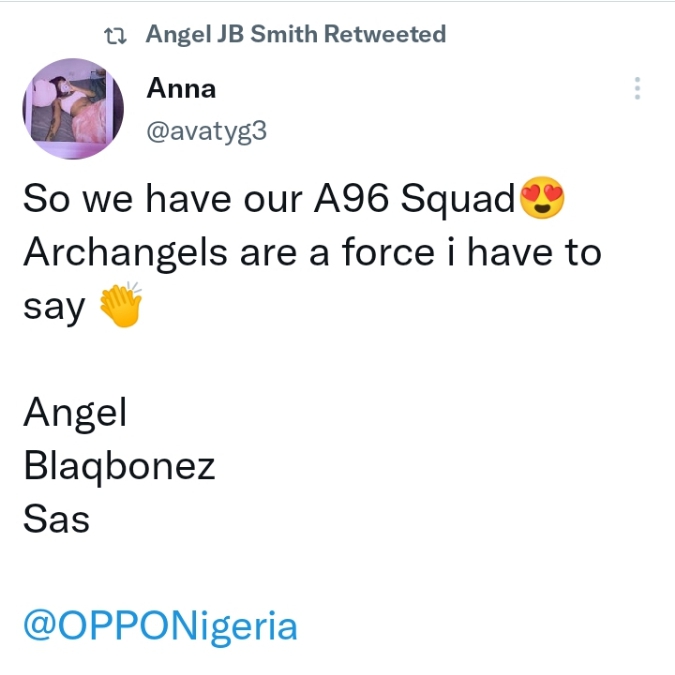 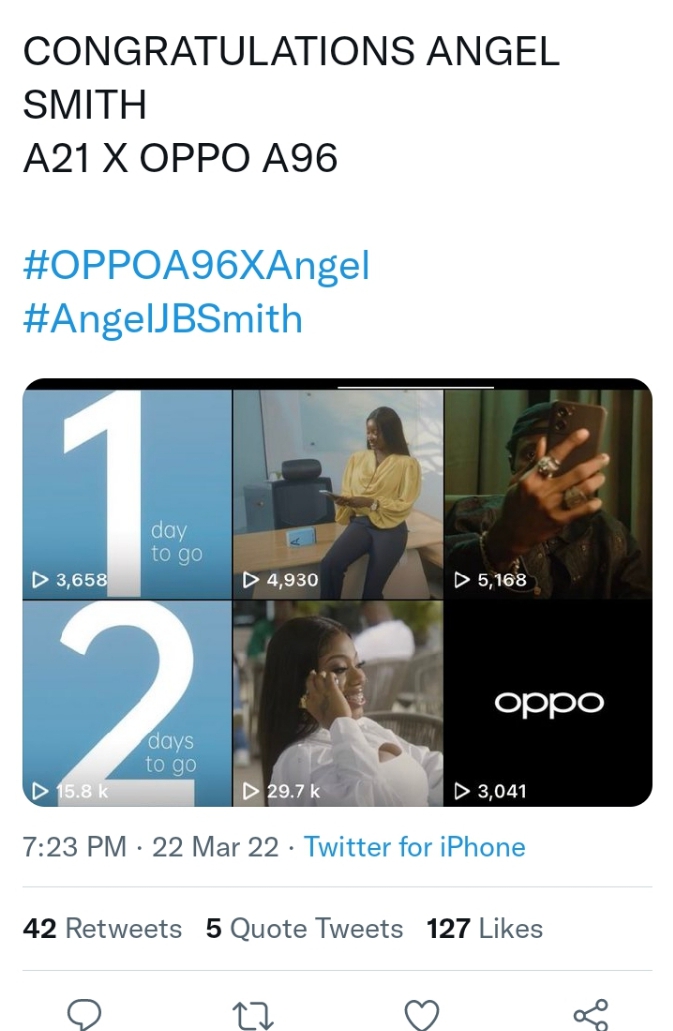 Angel’s action stirred reactions from many on social media as some netizens blasted her for comparing likes and views and others claimed she was jealous about Saskay being signed to the same brand. 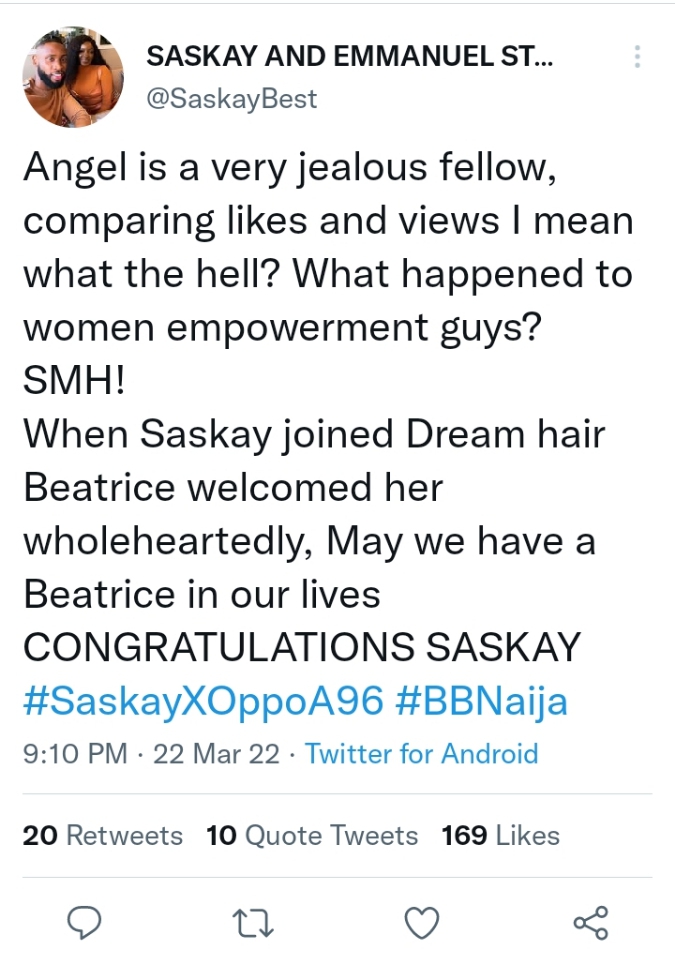 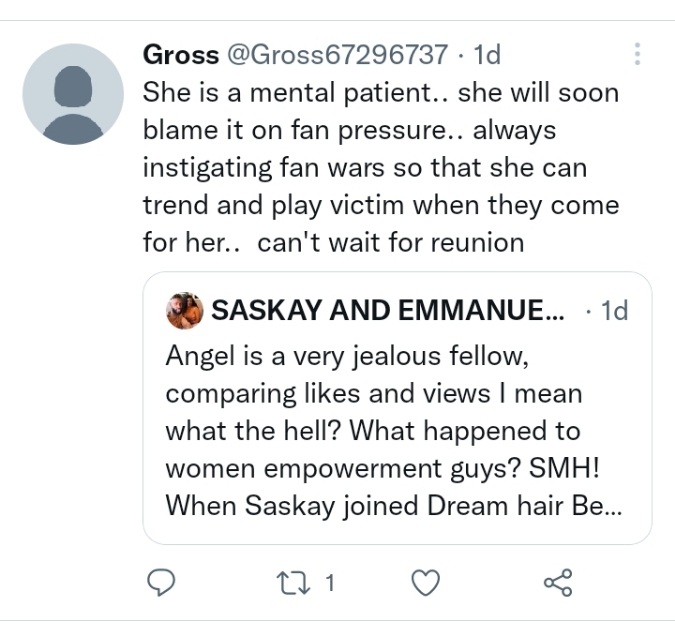 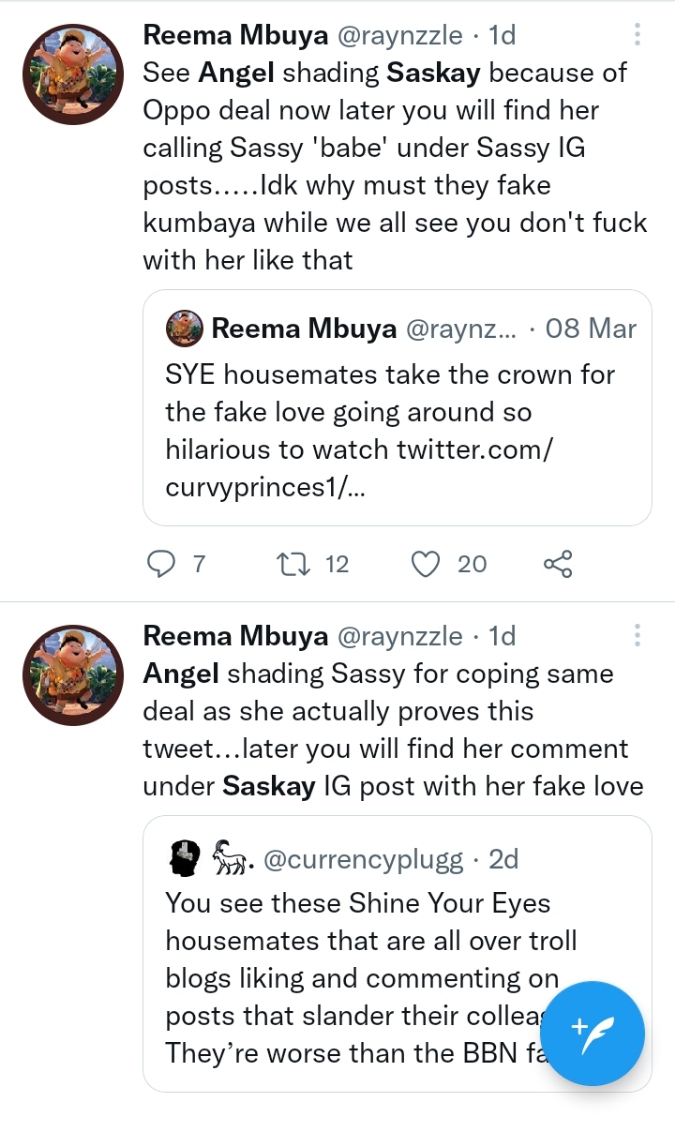