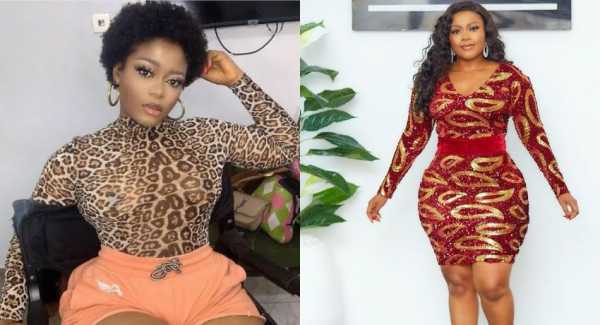 The entrepreneur, who gave the advice via her Instastory on Thursday April 14, also revealed that married women beg her for money daily. She claimed that marriage is not a ticket to financial freedom.

The curvy Nollywood actress told young women to have a source of income, no matter how small before they settle down with their spouse.

Didi said women shouldn’t be deceived by the ‘hard-work doesn’t pay’ mantra because it pays in the long run. She went on to pray that God will grant women wisdom needed to build and equip themselves. See lengthy post below: 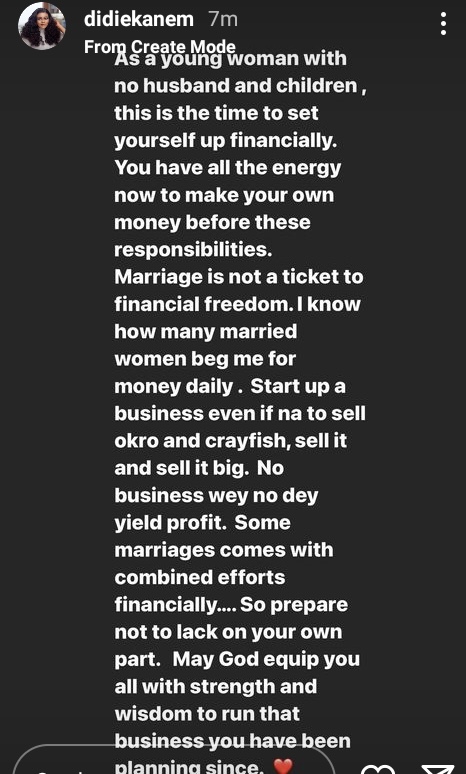 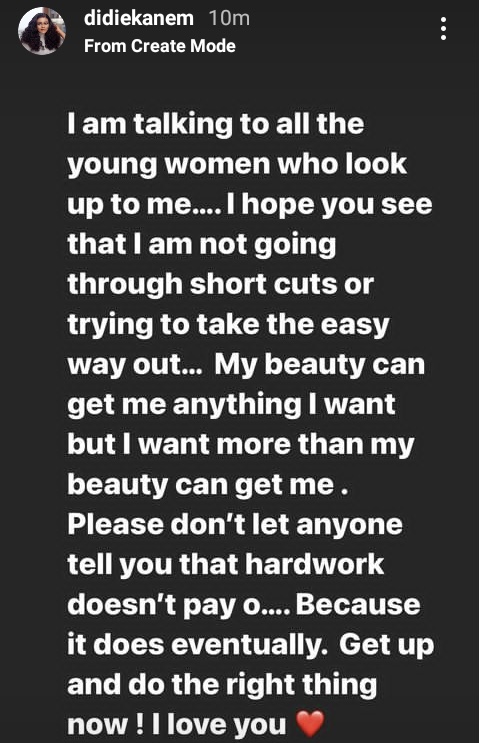