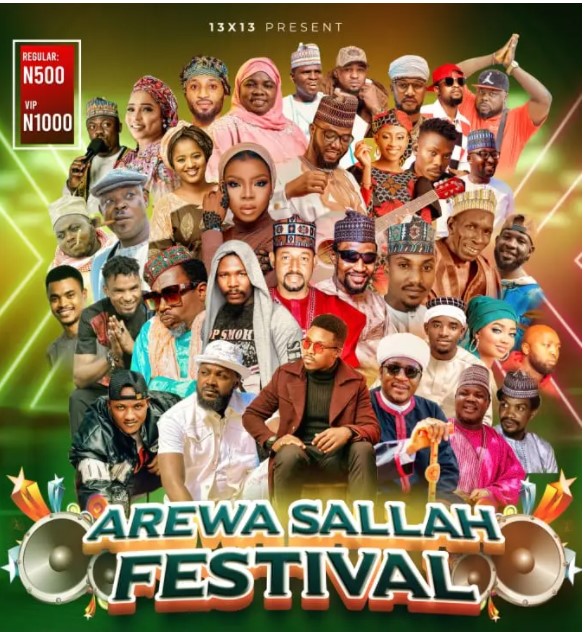 At least 100 actors in the film industry are billed to attend the week-long Sallah fiesta organised by popular singer, Dauda Adamu Abdullahi Kahutu Rarara, which is scheduled to hold in Kano State.

The 13×13 initiative led by the Hausa prominent singer, Dauda Adamu Abdullahi Kahutu Rarara, has announced that it has organised a ‘big’ Sallah treat that will thrill Hausa music lovers for a week.

The first of its kind Sallah fiesta tagged, ‘Arewa Sallah Festival’ will be coordinated and conducted under the national leadership of 13×13 led by the singer Rarara.

It was further gathered that the week-long event will start at 3:00 pm till 7:00 pm daily.

Moreso, it was also revealed that the initial venue of the Kano State Trade Fair ground was later changed to the state zoological garden arena.

Sources close to the organisers told our reporter that about 100 actors, actresses and singers coupled with other entertainers have been slated to perform in the seven days festivities.