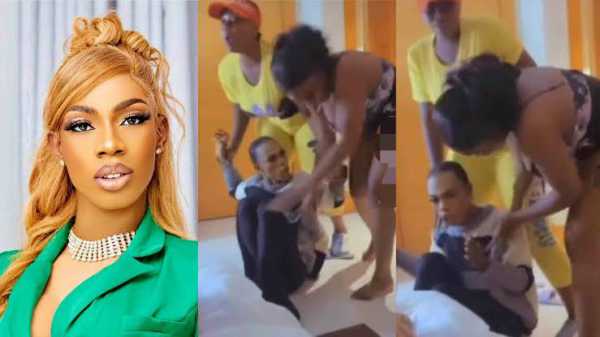 Popular Nigerian crossdresser, James Brown has been questioned about his gender by a group of women.

A video circulating online shows the moment two ladies were playfully trying to confirm if he is indeed a woman as he claims or still a man.

They got up close and personal with the drag queen and made several attempts to check whether he has the features of a man.

At a point, one of the women was dragging him into the room and he cried out in protest while repeating ”I am a woman”.

He was eventually let go after he described whet they were doing to him as sexual harassment.