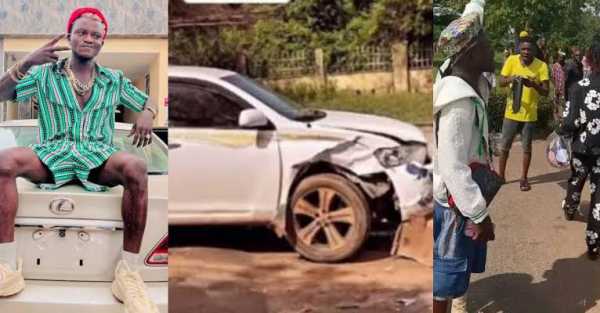 Habeeb Okikiola, also known as Portable, a popular singer, is thanking God for his life after surviving a car accident with his SUV.

This comes months after he was involved in an accident with the car he was given in January 2022, which he blamed on evil spirits.

Portable and his team were driving in Abeokuta when the accident occurred, according to a recent video posted on his Instagram story.

The Zazuu star blamed unknown detractors for attempting to “kill a superstar,” and pleaded with those seeking his life to let him go.

In other news; Kaffy, a Nigerian professional dancer, has revealed more information about her divorce from her husband, Joseph Ameh.

In January 2022, Kaffy announced the dissolution of her 10-year marriage to Joseph Ameh.