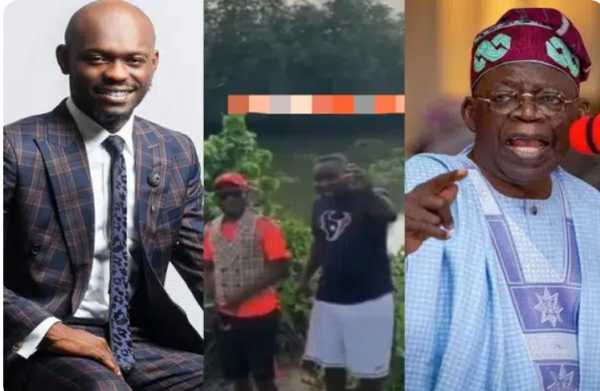 Popular Nigerian comedian, Mr Jollof has reacted to those calling him out for supporting All Progressives Congress (APC) Presidential Candidate, Bola Ahmed Tinubu.

The comedian explained that he was blind when he criticized the APC national leader, insisting that he can now see clearly because he is now a man.

In a viral video making the rounds on social media, Jollof warned Nigerians against insulting his candidate and advised those with grievances to table it to the presidency.

His critics earlier dug up a video shot in 2020 where he slammed Tinubu who he is now backing.

Meanwhile, former presidential aide, Reno Omokri has asked an important question about the purported joint ticket between Peter Obi and Rabiu Musa Kwankwaso for the 2023 presidency.

Omokri who described the idea of a merger as excellent, questioned who will drop his ambition for the other and accept the role of a running mate.