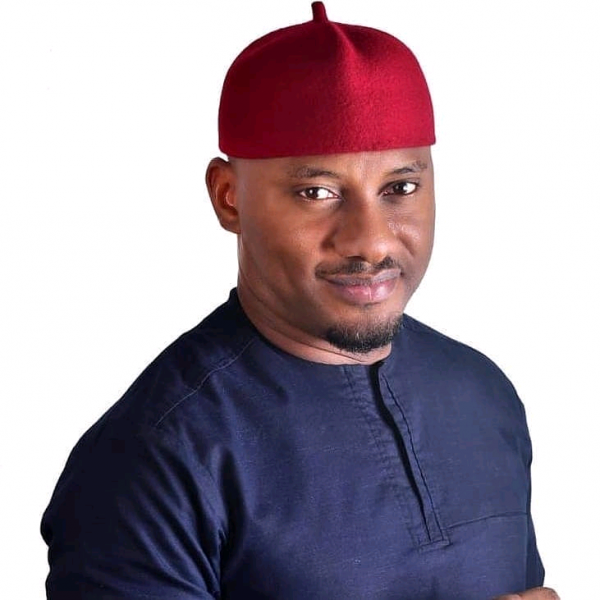 Nollywood actor Yul Edochie has criticized persons on social media who have criticized his life and decisions.

After the actor declared his intention to wed Judy Austin, a colleague who had given birth to him a son, he received harsh criticism.

Yul Edochie was formerly known to be married to May, with whom he has four children.

Yul Edochie used his Instagram Stories to spread the message that jealousy is ruining people’s lives.

READ ALSO: Yul Edochie Reacts To His Second Wife’s Comment About Him

He wrote:”Envy no one. Clap for others until your time comes. Envy is destroying our people.

Many aren’t progressing cos they spend so much time worrying about what others are doing rather than doing their own.

If you know how much time you lose in a day just flipping through social media,watching what others are doing.

There’s always something you can do to move yourself from point A to B. Focus. e dey your hand. Envy no one. YUL EDOCHIE”. 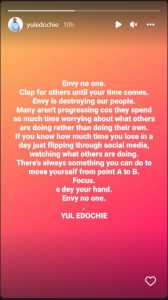