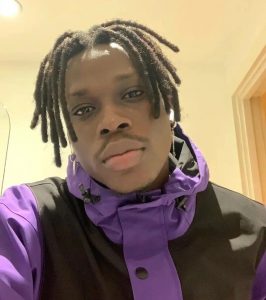 Ademola Adefolahan, popularly known as Fireboy, a Nigerian singer, has shared how he felt when he encountered a woman with false boobs for the first time in his life.

Fireboy made this revealation during a conversation with a well-known news personality, Zeze Millz

The artist who created history by becoming the first Afrobeats artist to perform at Wembley Stadium in England said that he was fascinated to touch and handle fake boobs for the first time in his life.

The singer continued to describe it as a lovely experience, adding that he had the encounter when he first went to Maimi.

He said :”It was beautiful…I was just intrigued, seeing a set of fake boobs, I was like ahhhh!!!”.