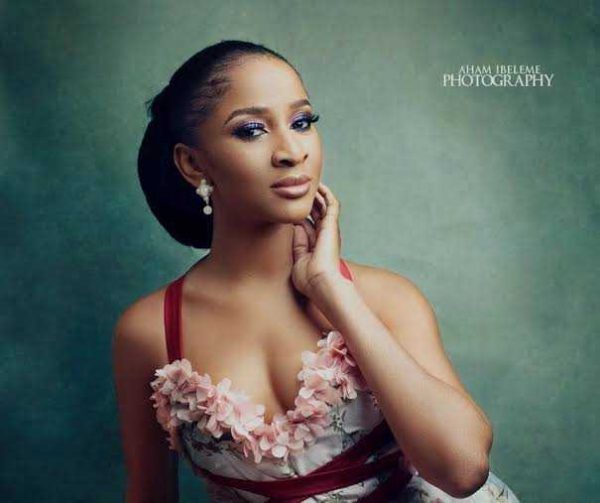 Nollywood star Adesua Etomi Wellington is feeling grateful. The fair-skinned actress has testified about how God has provided for her.

Banky W’s wife has thanked her creator for consistently flaunting her accomplishments.

She introduced herself as ‘Susu of the Most High’ and said that wonderful news was all around her.

She wrote: “Susu of the most high. God steady showing off on your matter. Good news everywhere”.

Aside from acting and singing, Banky W’s wife recently announced that she had discovered a new vocation.

Adesua said she was prepared to compete with Talamode beauty and other celebrity makeup artists with her innovative technique. 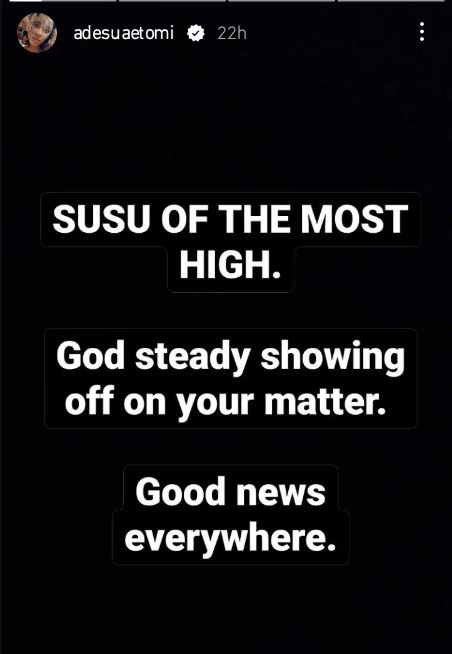