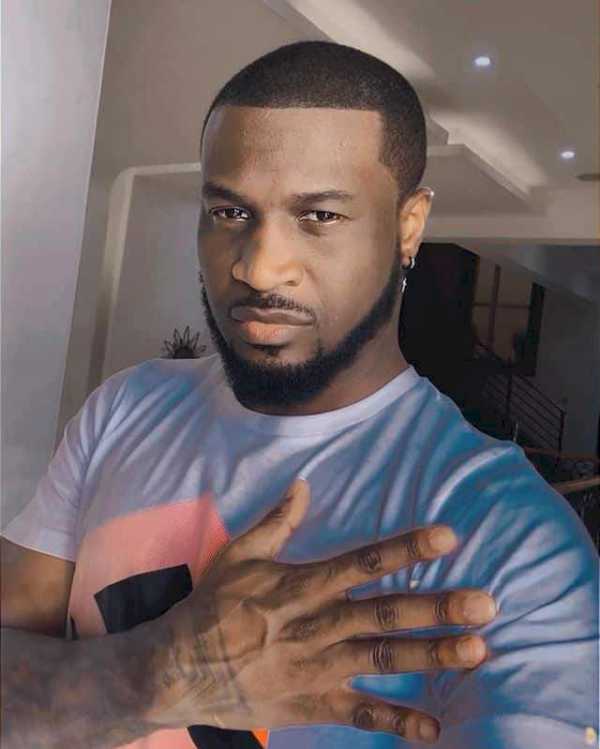 Peter Okoye, better known by his stage name Mr. P, has responded after being ridiculed on Twitter for no apparent reason.

The musician had sent a straightforward, innocent remark on his Twitter profile declaring his love for someone.

The internet troll attacked the iconic musician in his comment area, referring to him as a regular village guy who became famous.

In response to his reprimand, Mr. P severely edited his grammar and instructed him to type in his own tongue the following time. 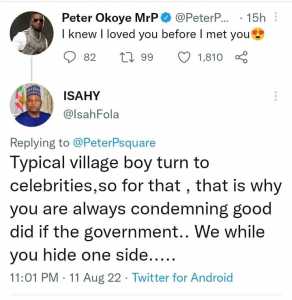 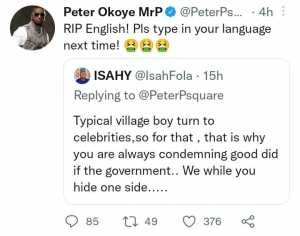