Popular crossdresser, Bobrisky, has taken to his page to reveal how celebrities fake it until they make it in the entertainment industry.

Bobrisky who supported Okoro Blessing after she threatened suicide, said they’ve never met before but he was touched by the video of her crying and felt like giving her a hug.

The cross-dresser further revealed that 90% of Nigerian celebrities all live fake lives and if everybody will mock her, he will never be part of it.

He also advised the blogger’s friends to monitor her at this present phase of her life. 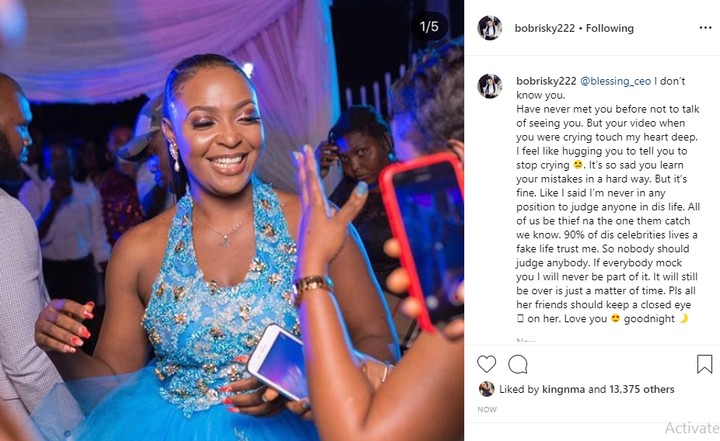