Lyta has come out in a video to talk about his departure from YBNL, saying he never had a written contract with YBNL record label. 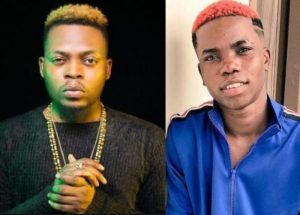 After rumors about Davolee leaving YBNL, Lyta has also been in the news about him leaving YBNL, the musician in an interviwe session with  Naijaloaded TV talked about what transpired between him and the record label.

In the video he said he was paid for shows, but did not have any other benefits as an artist in YBNL. he was however appreciative of Olamide and said he will always be a part of his story, thanking him and stating no love lost between them.