MC Oluomo, Chairman of Nigerian Union of Road Transport Workers (NURTW) Oshodi Chapter is going places as he posts a picture of himself and the Governor of Atlanta Georgia, Brian Kemp.

The All Progressives Congress (APC) stalwart has been in the news a lot this year for both the good and bad reasons. Before the election, he was stabbed during the campaign rally of APC in Lagos.

MC Oluomo also made headlines when he called members of NURTW professionals like lawyers, doctors, etc.

Also Read: ” He Bought Me My First Bra” – Singer Simi Says As She Gushes About Her First Love 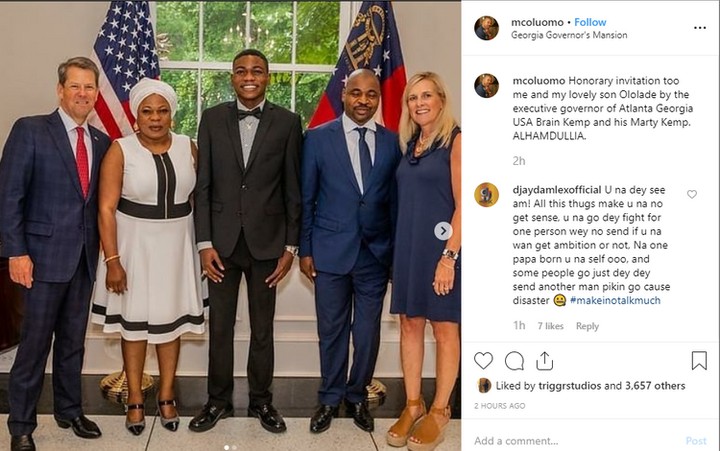