A social media user has created a picture of the United state of America president, Donald Trump with the Queen and the former president Barack Obama with the queen. 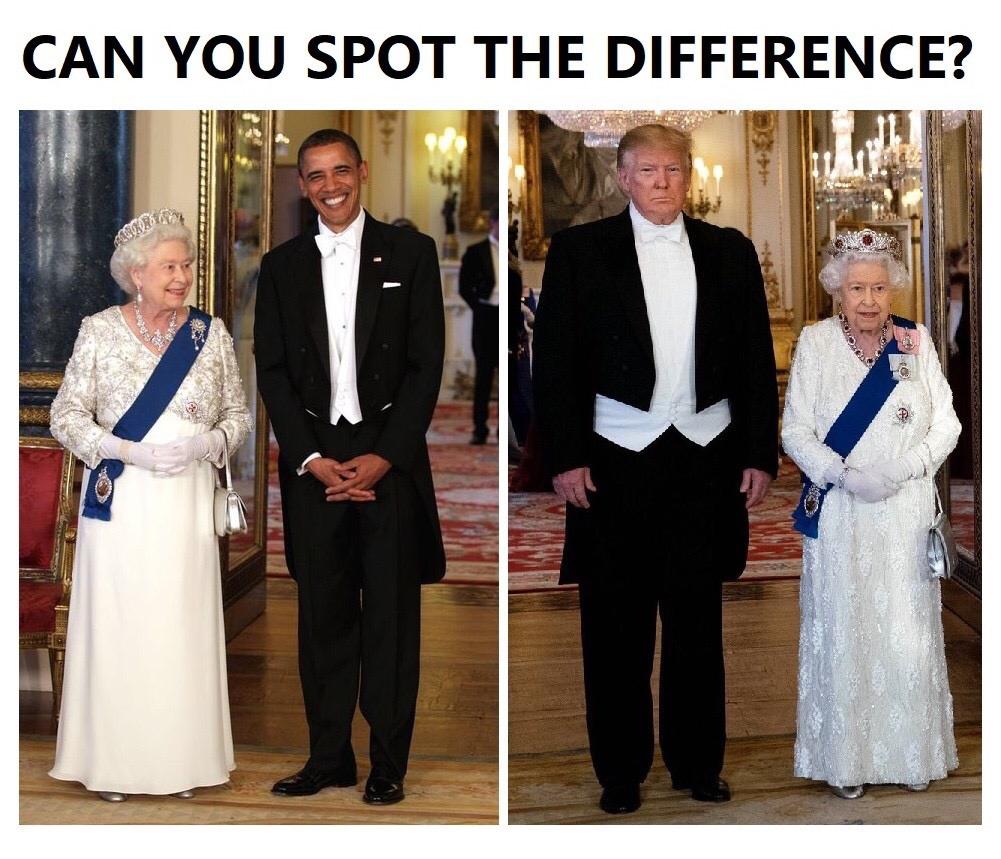 United States of America president Donald Trump is in the United Kingdom for a courtesy visit to the queen of England.

The controversial president is however not having his best visit to England has the citizen has gone to the street to protest against the president calling him a racist, misogynist, and a toxic person. 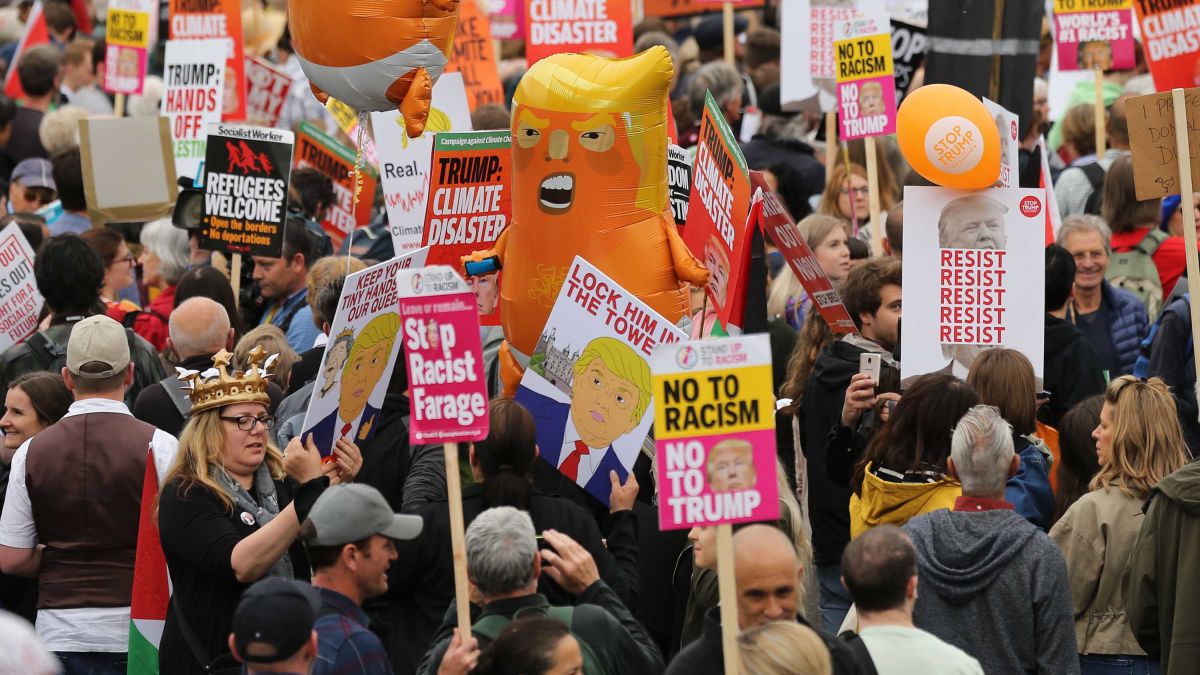 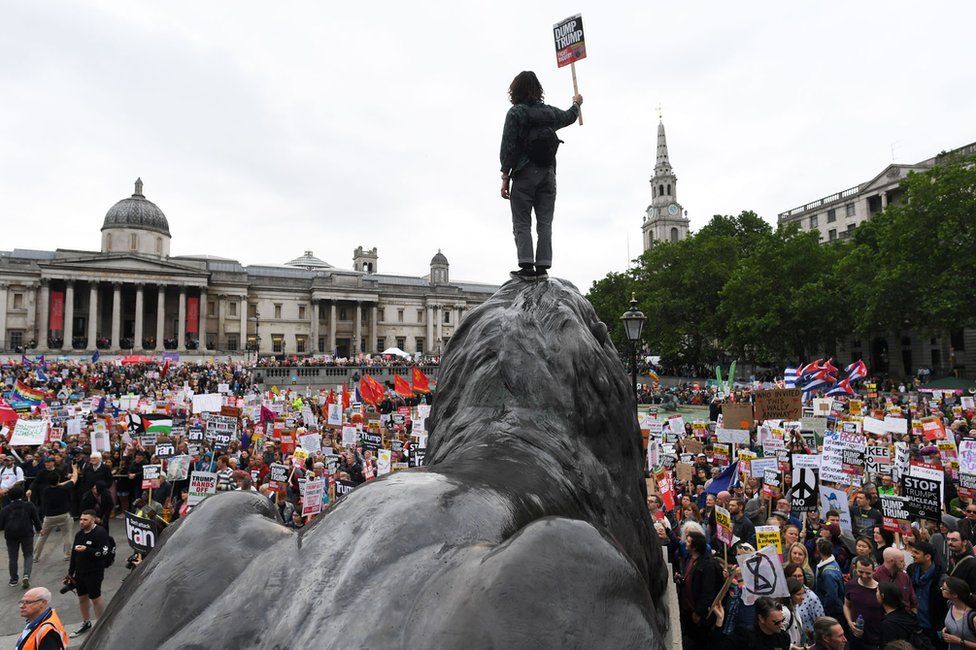 The USA president has however taken to his twitter page to applaud London for their hospitality, in his post he said

London part of trip is going really well. The Queen and the entire Royal family have been fantastic. The relationship with the United Kingdom is very strong. Tremendous crowds of well wishers and people that love our Country. Haven’t seen any protests yet, but I’m sure the….Fake News will be working hard to find them. Great love all around. Also, big Trade Deal is possible once U.K. gets rid of the shackles. Already starting to talk!