Home Entertainment ‘Yahoo yahoo is just a game, why should the boys be arrested?...
Facebook
Twitter
WhatsApp

Nigerian reality TV star and mom of one Gifty is of the opinion that Internet fraud is should not be considered a crime.

According to the BBNaija housemate, she sees nothing wrong with internet fraud adding that it is just a game and the police should steer clear arresting the boys who do it. 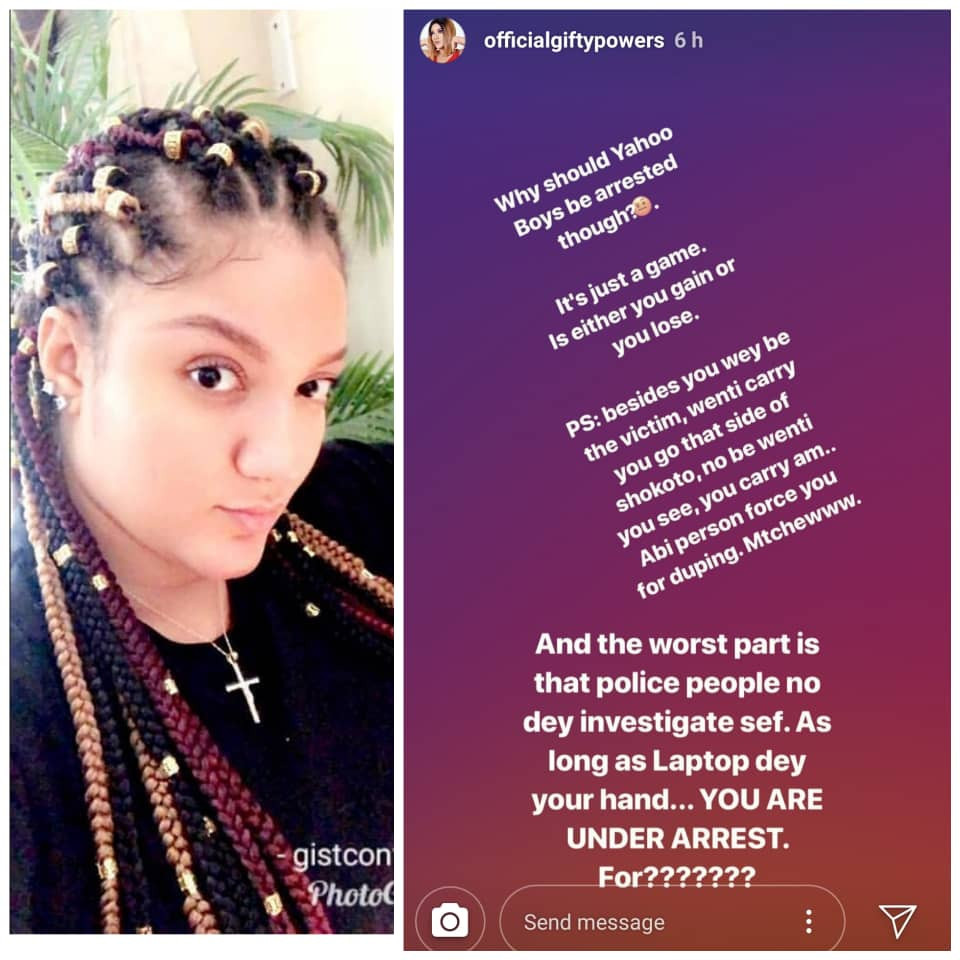 Gifty who is known to be quite controversial had some months back shared her thoughts on the concept of dads and fathers saying;

“There is a giant difference between a dad and a father. Now, a Dad is a sperm dono (one who ‘distributes’ his sperm around without self-control). While, a father is one who takes full responsibility of his child, from pregnancy till date. If you are a man and feel so proud of calling yourself a Father when you never even full plate b4, then you are nothing but a worthless thing and deserve a miserable death,” she wrote.