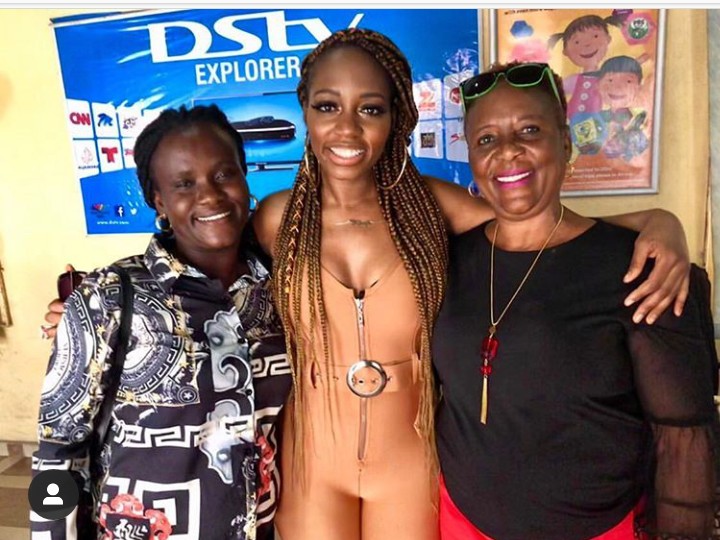 Khafi, who left the Big Brother House, became the 16th housemate to be evicted from the reality TV show.

Afterwards, it’s been from one interview to the other.

This time, Khafi and a few other housemates are taking time off to hang out and have some good fun.

Khafi, Venita, Sir Dee and Esther had their eviction party on Saturday night at Dynasty Lounge in Warri, Delta state.