Information Nigeria recalls Mike was heard telling Khafi to advise her friend to top up (use deodorant) and Omashola confirmed it by stating that the odour is strong during a conversation with Mercy.

Many assumed that the athlete was talking about Tacha, who has surprisingly grown so close to Khafi, following the exit of the latter’s lover, Gedoni from the reality show.

Many rose to defend Tacha including Nigerian singer, 2kay who revealed that they had once stayed together when she hadn’t taken her bath and he didn’t perceive any offensive smell.

The singer was immediately blasted by an Instagram user who stated that he lacked the sense of smell that was the reason he lost his babymama, Gifty.

Gifty was soon spotted in the comment section, supporting the web user, while adding that pigs always defend pigs. 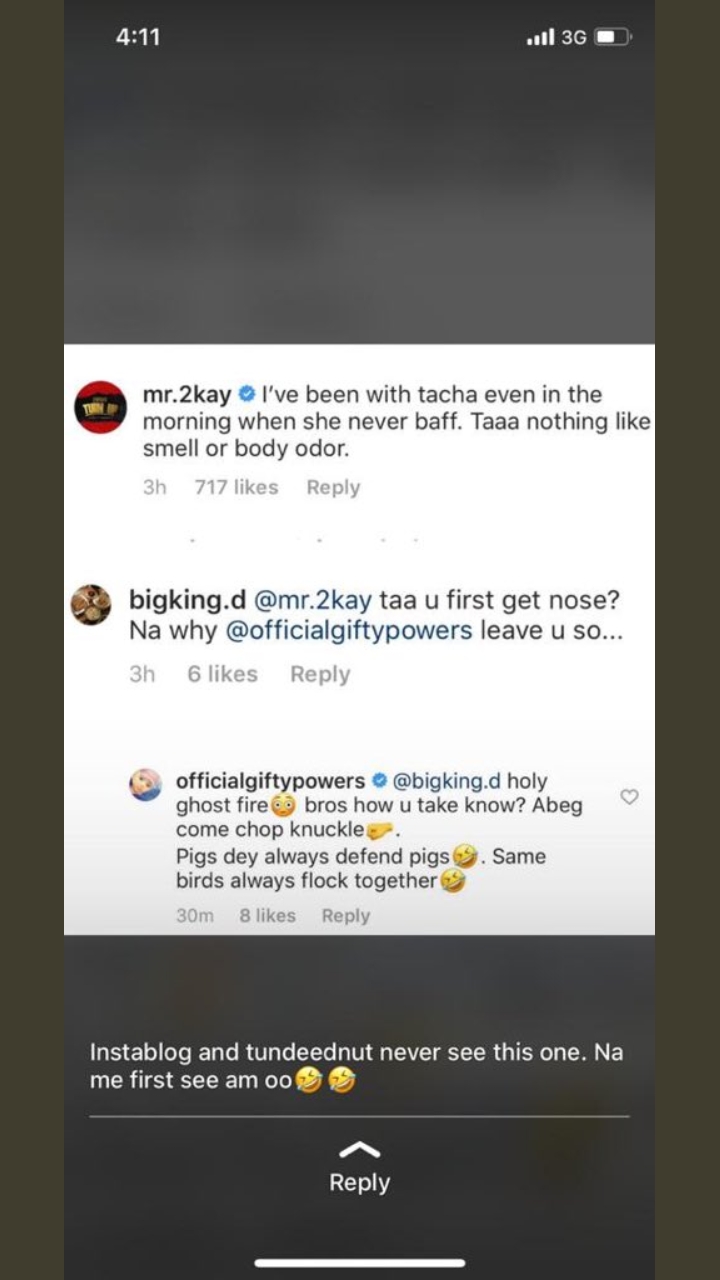