Dino Melaye has taken to his Instagram page to share a photo he captioned: ‘No rest till Justice is done..No retreat No surrender’ which was taken in the premises of a court.

Although it remains unknown why he was in the court, he has at several times kicked against the declared result of the Kogi West senatorial elections which indicates that Smart Adeyemi(the APC candidate) is leading him.

A rerun is expected to be conducted across the cancelled wards in the senatorial district on Saturday.

No rest till Justice is done..No retreat No surrender 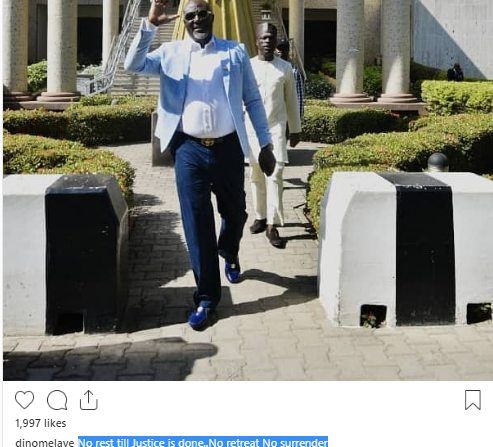