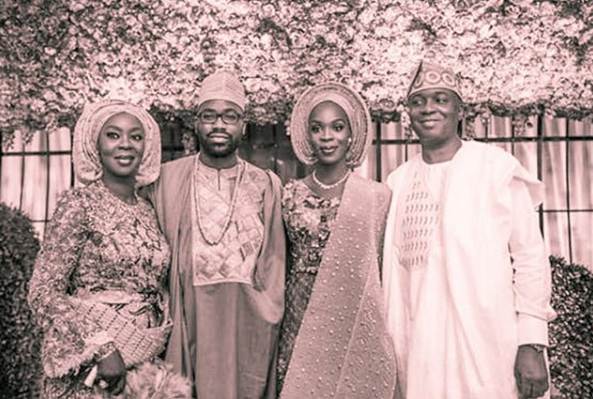 Former Senate President, Bukola Saraki and his wife Toyin Saraki are the latest grandparents in town.

Tosin, who tied the knot with Adeniyi Olatunde Olukoya, the son of Omoba Adebola and the late Olori Olatokunbo Olukoya in October 2017, just welcomed a baby girl in a highbrow hospital in London.

Toyin Saraki who confirmed the arrival of her grandchild on Instagram.

Elated grandpa, Bukola Saraki is currently in London to be with his first granddaughter.

Tosin is being assisted in nursing her baby by her mother Toyin,