Home Entertainment I Only Look Back To See How Much I Have Come, Says...
Facebook
Twitter
WhatsApp

Nigerian female singer, Tiwa Savage has stated that she only looks back to check out how far she has come.

The talented singer’s musical career has been on the upward curve since she debuts her first single over 7 years ago.

The ‘Mr lover lover’ crooner moved from an indigenous record label, Mavins, after 7 successful years to team up with American record label, Universal Music Group(UMG) recently, so who can argue that she hasn’t come far???

Only look back to see how far I’ve come … DEC 23rd Eko hotel EverythingSavageLagos WHO IS WITH ME? 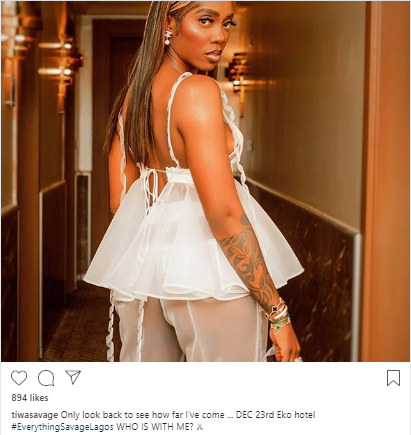