A Nigerian lady has gotten many talking after she took to Twitter to reveal the most shocking thing she almost did because her ex broke up with her.

Popular social media influencer Oloni had taken to Twitter to ask women the most shocking thing they did because of a breakup.

A Twitter follower responded saying she almost took her own life then frame her boyfriend for murder.

This has since gotten tongues wagging on Twitter and Oloni asking that the young lady delete the comment. 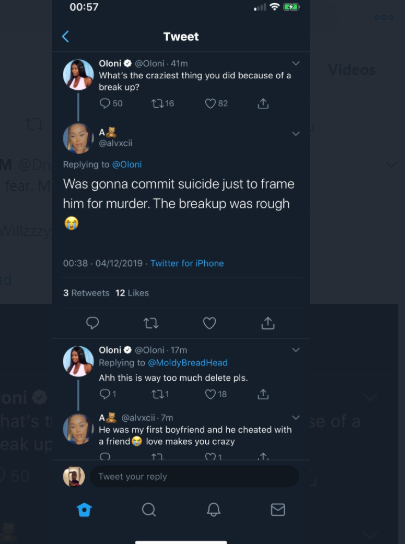