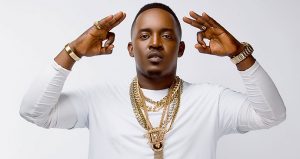 Rapper MI Abaga has taken to Twitter to slam Festus Keyamo, SAN, for his stance on the ‘Social Media Bill’ aimed at gaging Nigerians.

Keyamo had tweeted against social media activists who clamoured for the bill to be thrown out of the senate to first unblock those they blocked for opposing them.

Read Also: See Old Photo Of M.I That Got Everyone Talking

He tweeted: “Those so-called overnight Social Media ‘activists’ who oppose the Social Media Bill should first stop blocking those who irritate them with insults, unblock all those they have blocked and apologise to them. You can’t be intolerant and ask others to be. Practice what you preach.”

Responding to this MI Abaga pointed out that: “I’m sure you can see the difference esteemed sir. Blocking people (which is so much fun by the way) doesn’t infringe on the other persons right to say what they want to say.. I don’t have to listen to you isn’t the same as I won’t allow you speak #SayNoToSocialMediaBill.”