Nollywood actress, Chika Ike has taken to her official Instagram page to share some sultry photos of herself which have been causing an uproar on social media.

The sexy photo has prompted reactions from her fellow celebrities such as Lilian Esoro, KCee, Laura Ikeji, among others.

Reacting to the photo, Lilian Esoro asked for a toothpick as she needs to eat the actress up while KCee described the photo as ‘Mad one.’

The actress is currently promoting her new movie, ‘small chops.’ 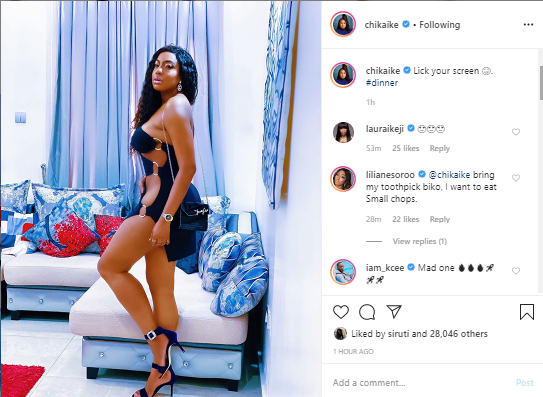