Nigerian singer Timi Dakolo has just revealed that there is a WhatsApp chat evidence to further back up his claims against COZA Pastor Fatoyinbo and his people.

Ashimolowo said that anyone who rises against the man of God shall be defeated and disgraced.

Biodun Fatoyinbo was called by God. You would be the one to beg him in the end because God will always fight for him – Pastor Matthew Ashimolowo prays at COZA pic.twitter.com/YeV0xnfPEw

Reacting to the video, Timi Dakolo revealed that it is the same Ashimolowo who called him last year and flew to Nigeria to arrange a meeting with him. He added that he has WhatsApp conversations to back his claims. 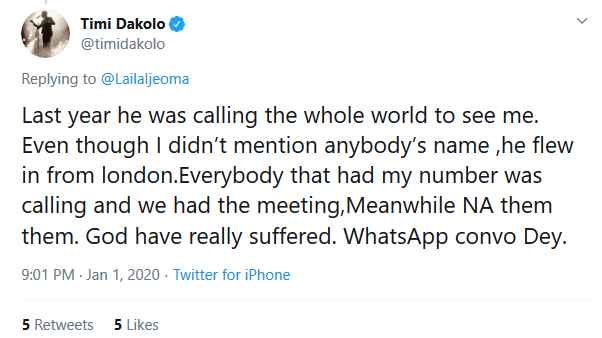