The Bauchi State government has threatened to impose a lockdown in the state unless the residents of the State abide by the preventive measures to curb the spread of Coronavirus.

The state Deputy Governor, Senator Baba Tela, made this known during a press briefing of newsmen on Monday at the Government House.

Also Read: ‘I Thought I Was Going To Die’, Bauchi Gov Recounts Ordeal In Isolation

He expressed that people of the state had refused to come to terms with the existence of the pandemic in the state.

The Deputy Governor who is also the Chairman of the State Rapid Response Task Force expressed that people in the State still feel the virus is for the rich. 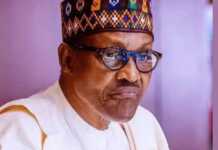