Popular Nigerian singer, David Adeleke simply known and addressed as Davido has no doubt established himself as one of the most sought after singer in the world of music.

Such is his reputation that some believe that their life would turn around for good of the singer calls them on phone.

However, catching some trip on Tuesday, ‘one in a million’ crooner, Solid Star has reached out to the ‘fia’ crooner to also call him.

Read Also: ‘Give Him Palliatives, Not A Tray Of Shit’ – Kemi Olunloyo Reacts To Davido’s Gift To Gateman 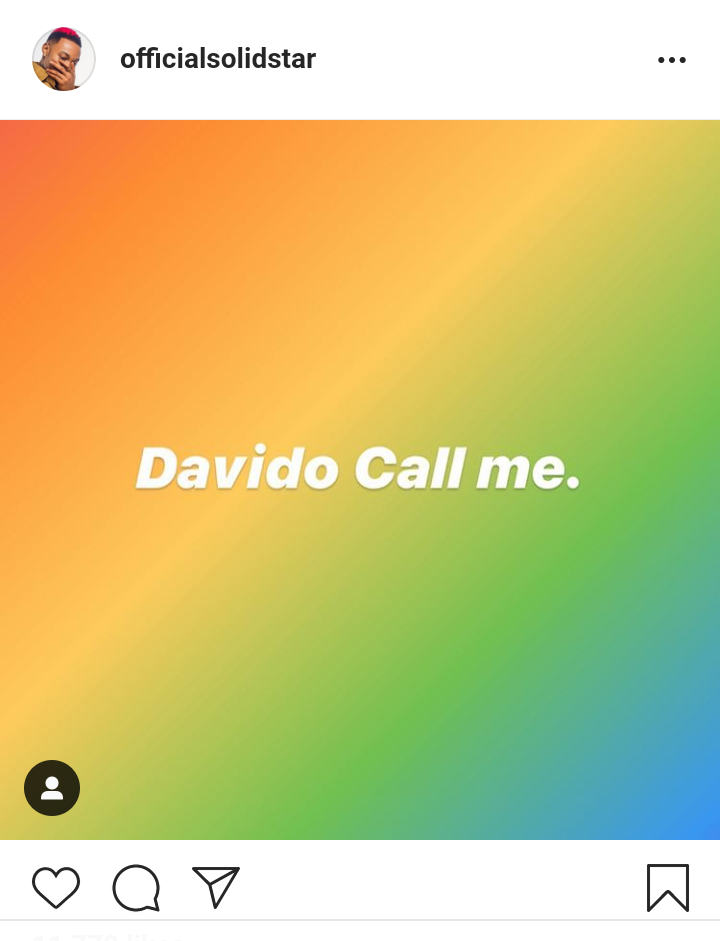