Sapphire Scents CEO, Wale Jana has released a statement in which he apologized to his investors over delayed payments.

This comes after several social media users had called out the entrepreneur over alleged fraud.

Popular activist and legal practitioner, Segalink shared a press release where he revealed he was going to carry out an Investment Debt and an Independent Action for Recovery on the entrepreneur.

In the statement being circulated online, Jana has apologized to his investors and he blamed his debts on poor decision making and business strategies.

The entrepreneur also promised to make himself readily available to Sega Link, who plans to start up an independent recovery process to pay back the investors. 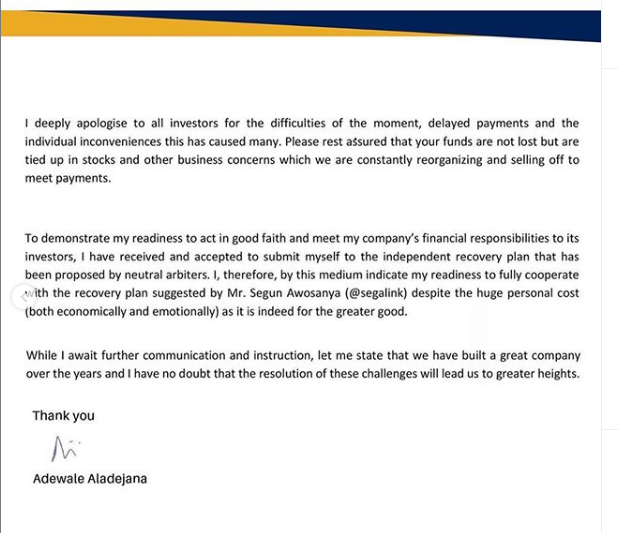