Gay rights activist, Bisi Alimi has taken to social media to call singer Simi out accusing her of being a hypocrite and promoting local homophobic violence.

Simi had tweeted against people hating others for being different and also against “killings” which she said is now normal. She tweeted;

Read Also: Take Care Of Your Parents As Much As You Can, Simi Charges Fans

”And we have our own people killing us in the streets and it has become so normal now. It’s almost more abhorrent. As fucked as it is, it is one thing for people to be intimidated by and hate you for being different, but how do you not value someone the exact same as you?” 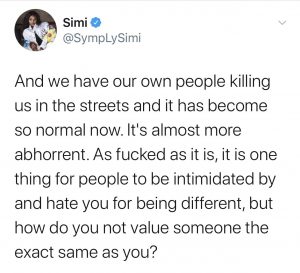 Bisi Alimi slammed Simi over the tweet, accused her of hypocrisy and promoting local homophobic violence.  Alimi’s response was centered on one of Simi’s “Stoopid Sessions” Youtube shows, in which she alleged that homosexuality is not natural but learned.

.(check previous post) . . The singer had stated that “homosexuality is not natural”

”There is a name you call the #Nigeria middle/upper class elites that sympathise with abroad blackness but promote local homophobic violence against there own #LGBT; hypocrites. The @SympLySimi  of this world. You are a disgrace.

”Nigeria elites are oblivious to that, because they can fly around the world, they would rather align with abroad struggle than be a local hero”

Simi slammed by Bisi Alimi over tweet about people hating others for being different. . . The gay rights activist accused the singer of hypocrisy while alleging that she has been promoting local homophobic violence 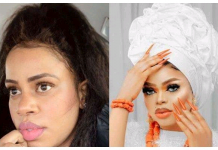 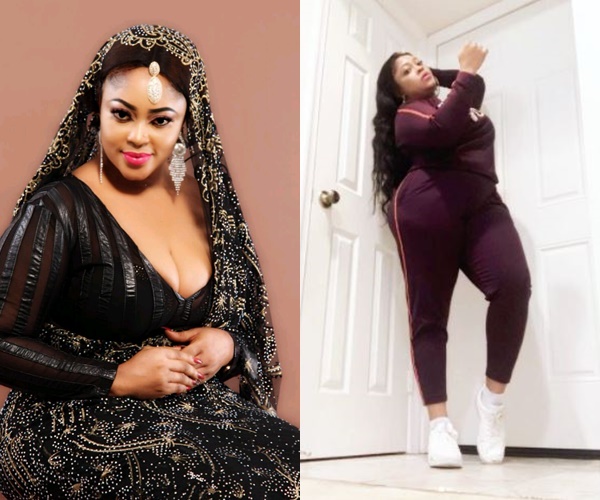