The Economic and Financial Crimes Commission, EFCC, blocked a Nigerian Man on Twitter after he pulled an extreme prank on them

The man identified as Danny Walter tweeted at the anti-graft agency that he had intel on a Yahoo boy who was involved in $22billion fraud.

Unknowingly, EFCC sent the Twitter influencer a message to extract the information.

However, Danny Walter sent a photo of president Buhari as the yahoo boy.

The anti-graft agency realized it was a prank and immediately blocked the tweet.

It didn’t end there as the law enforcement agency penned an open letter to the young man which reads;

We have been made aware of this embarrassing allegation which you know is untrue.

We ask that you take this down and apologize appropriately.
#TheEagle is watching! 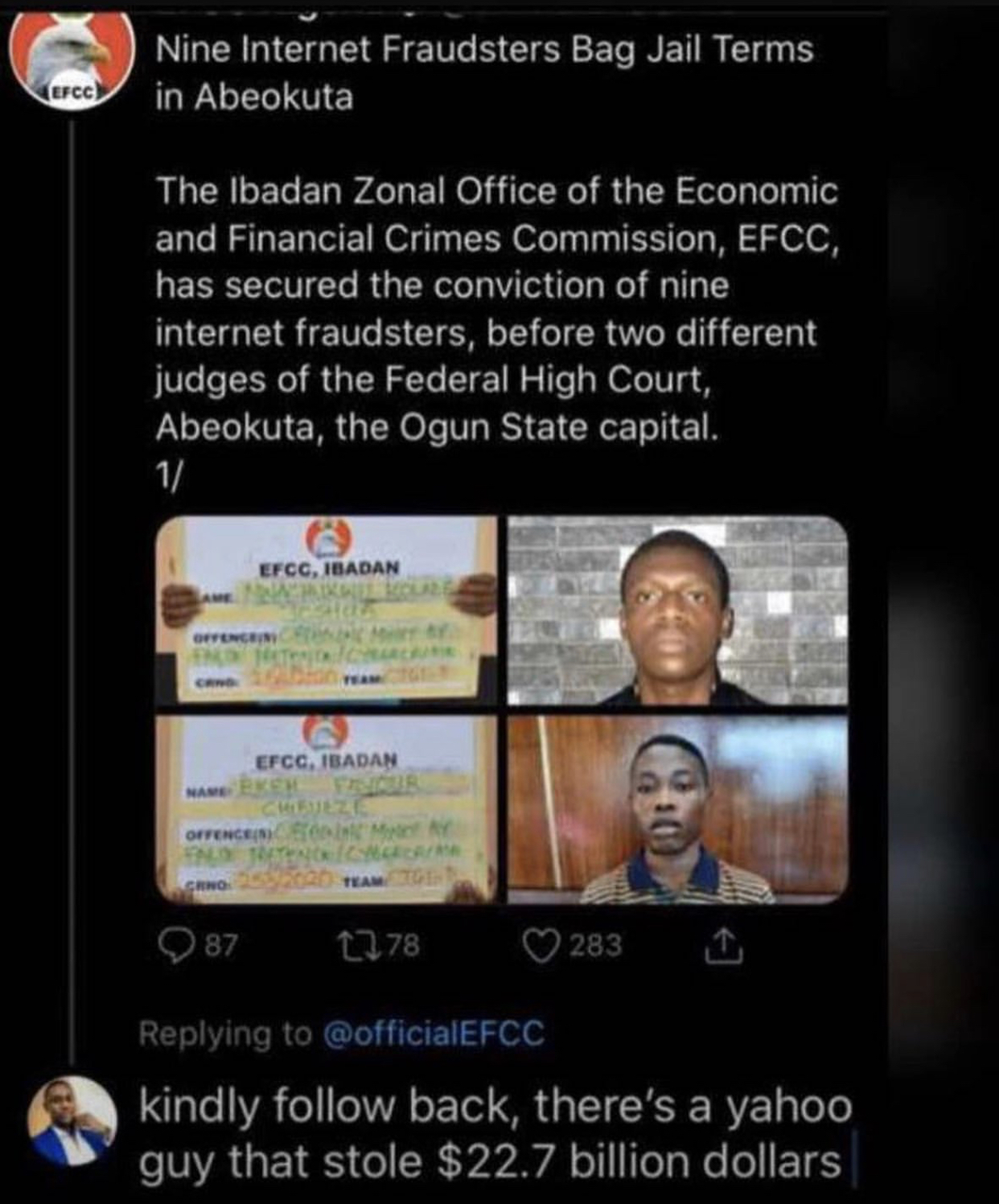 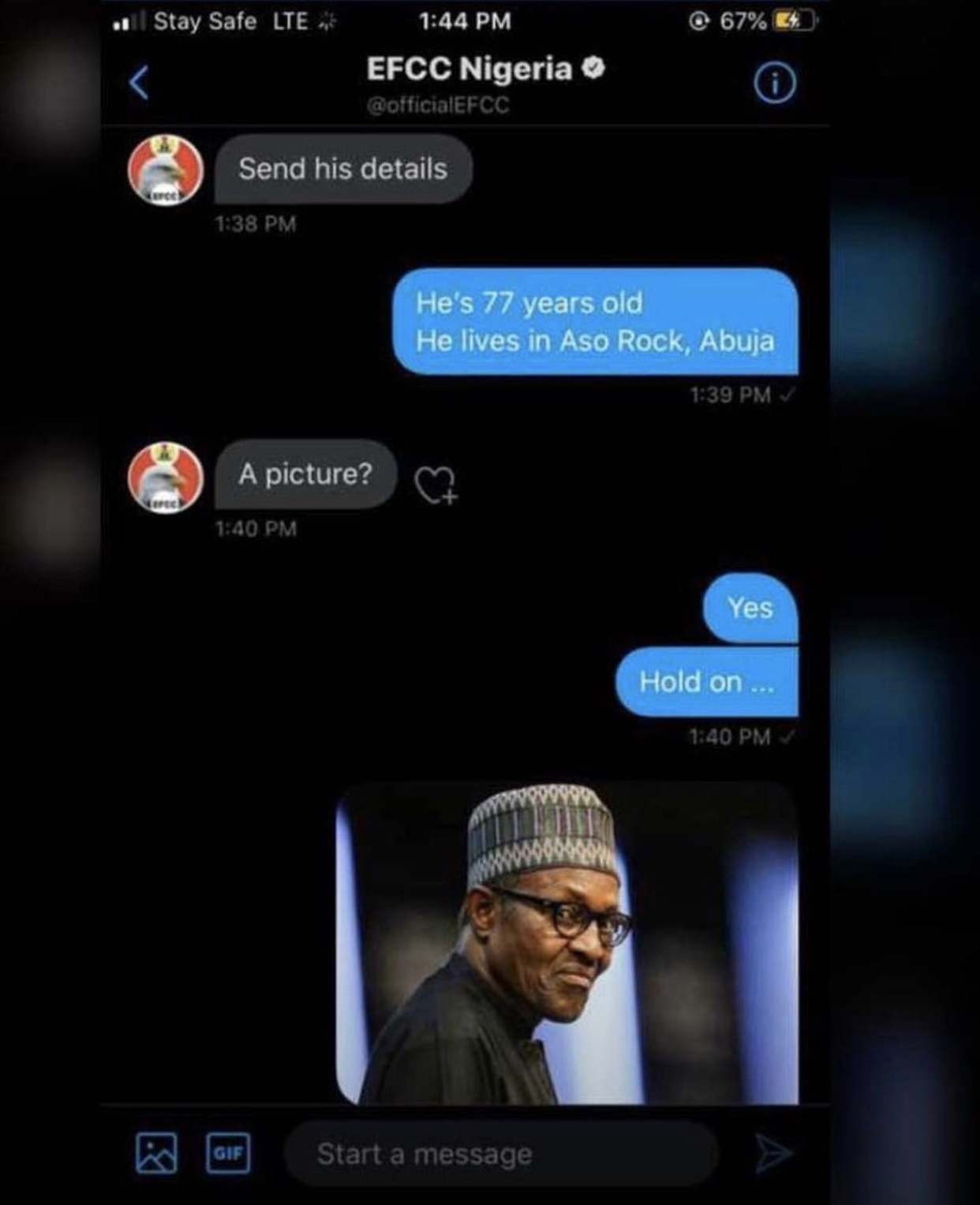 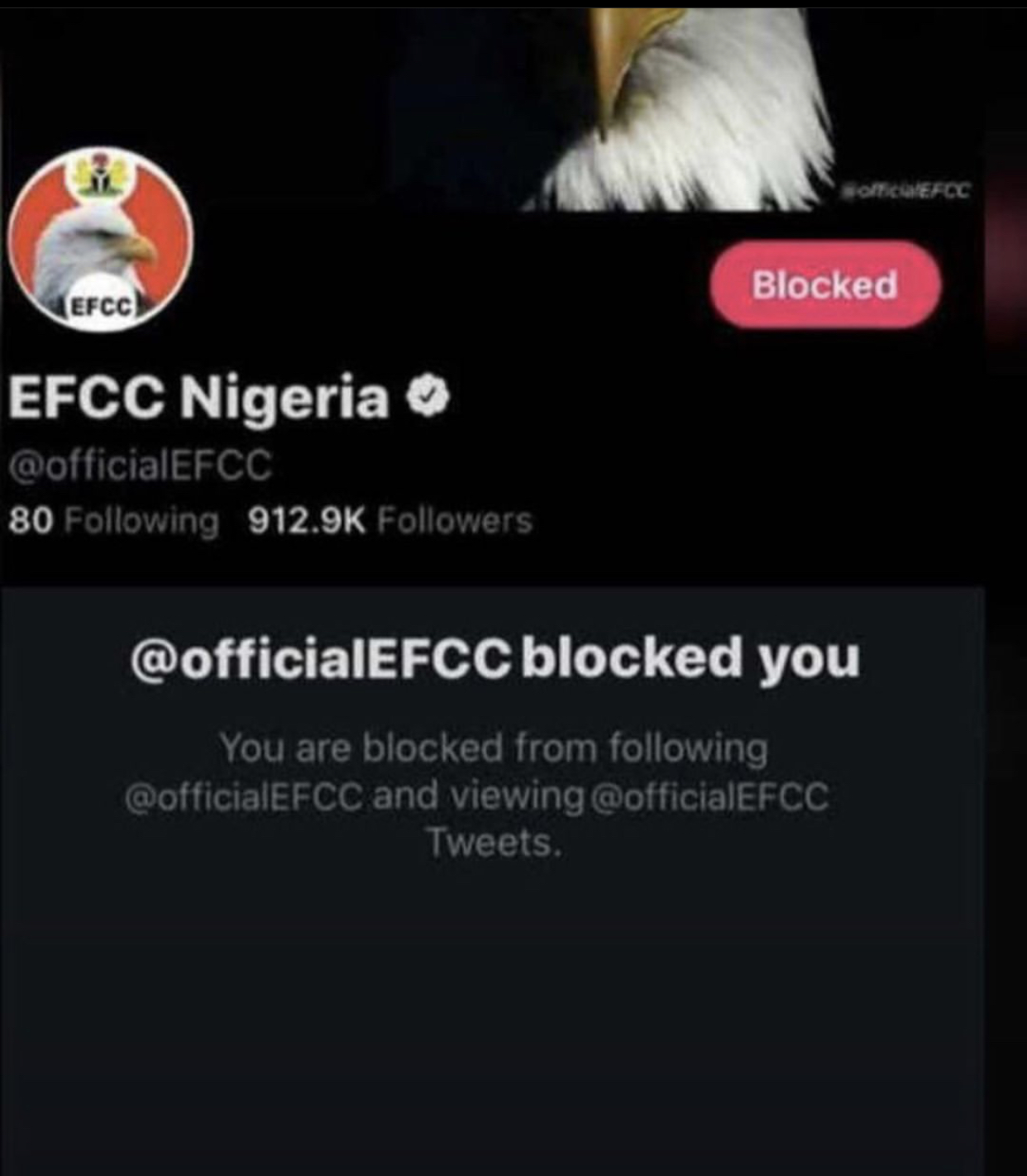 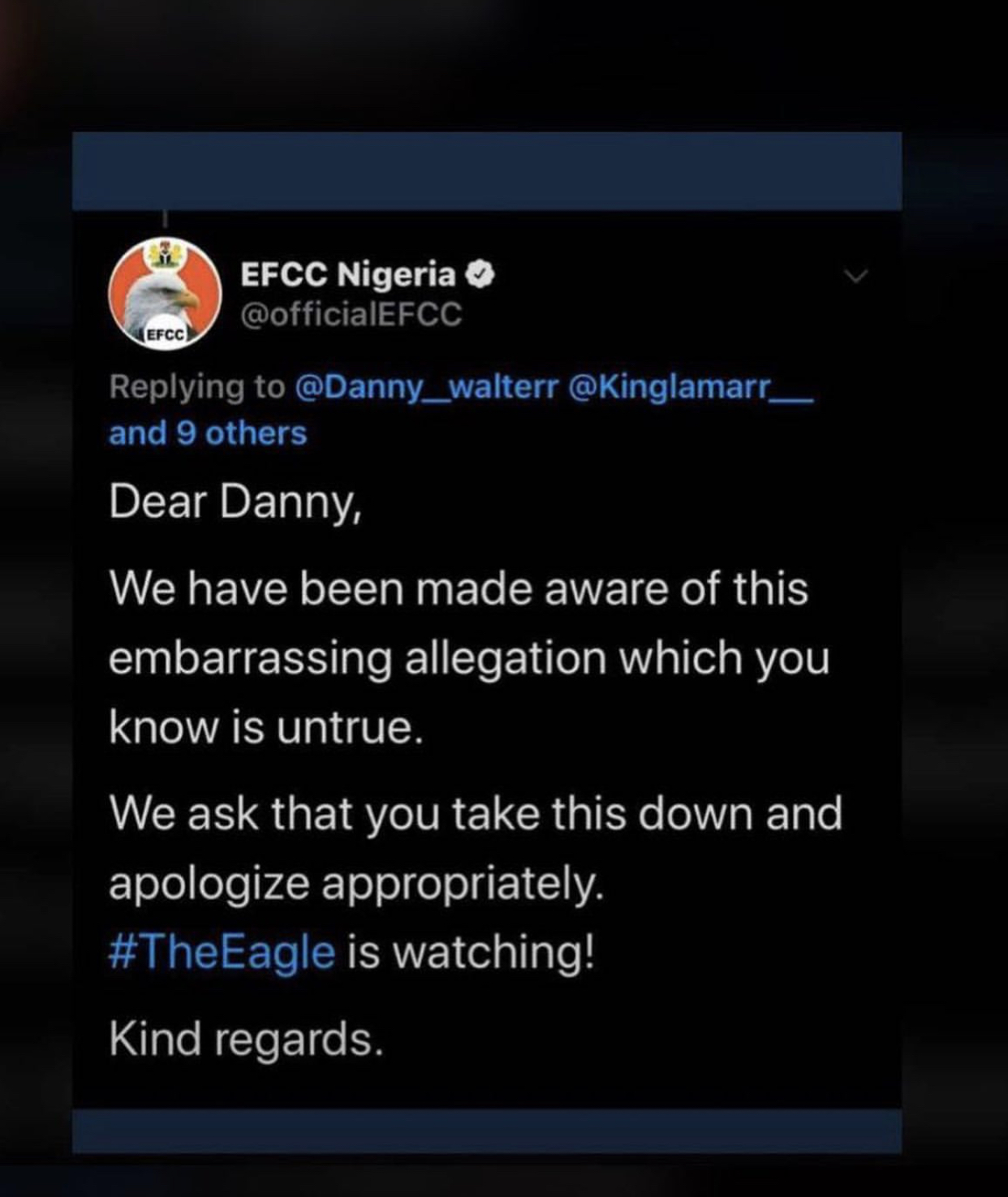 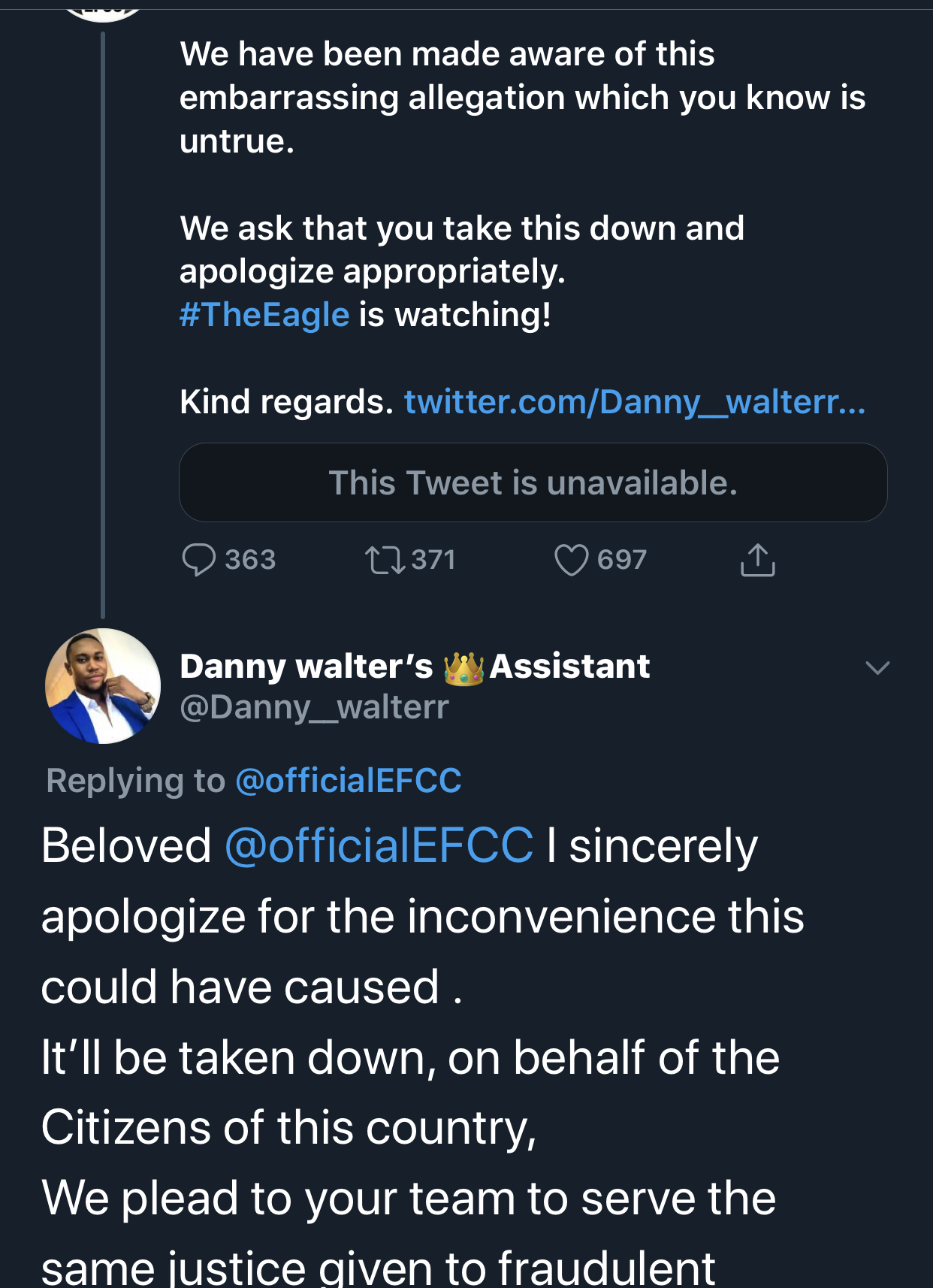