Reality star, Seyi Awolowo has reacted after being dragged for indirectly shading his colleague, Tacha during the Big Brother Naija reunion show.

On Day 3 of the show, a heated argument ensued between the former housemates after Kim Oprah accused Tacha of being arrogant and prideful.
Tacha then stated that her personality was mistaken for arrogance by the other housemates and if they feel threatened, it means they need to fix their insecurities.
This prompted Venita, Seyi, Ike, Esther and Frodd to share the thoughts on the difference between confidence and arrogance.
Seyi defined the word “bragging” saying it is
is “just when an empty barrel making noise all the way down to the corridor.”
This definition sparked mixed reactions on social media as many said he was directing the definition to Tacha.

Tacha and her fans took to Twitter to throw jabs at the grandson of one of Nigeria’s founding fathers, Chief Obafemi Awolowo.

Reacting to the backlash, Seyi tweeted;

”what did I say wrong this time? I was talking in “my opinion” about definitions of some words..let’s not drag anyone… not intended at all. ❤️ x 💡 No bad blood Apologies to anyone offended ✌🏽 #SucrePapito #BBNaijaReunion

In all of these guys, don’t forget that the show is a social experiment and putting it on Tv is for entertainment 🙏 Don’t catch feelings or develop bad blood for anyone otherwise you just became a lab rat 🐀 🤷‍♂️ PS- enjoy the show #Sucrepapito” 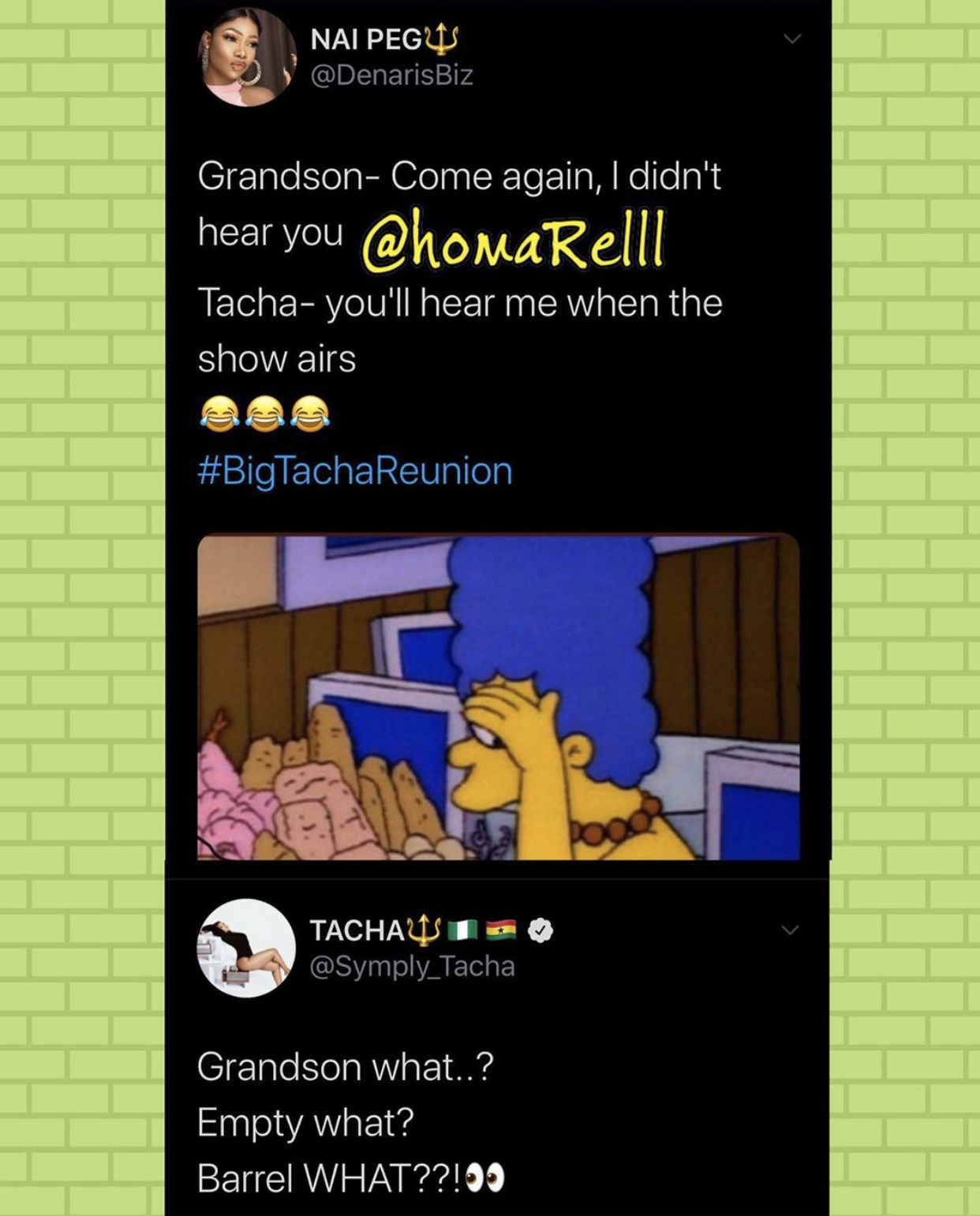 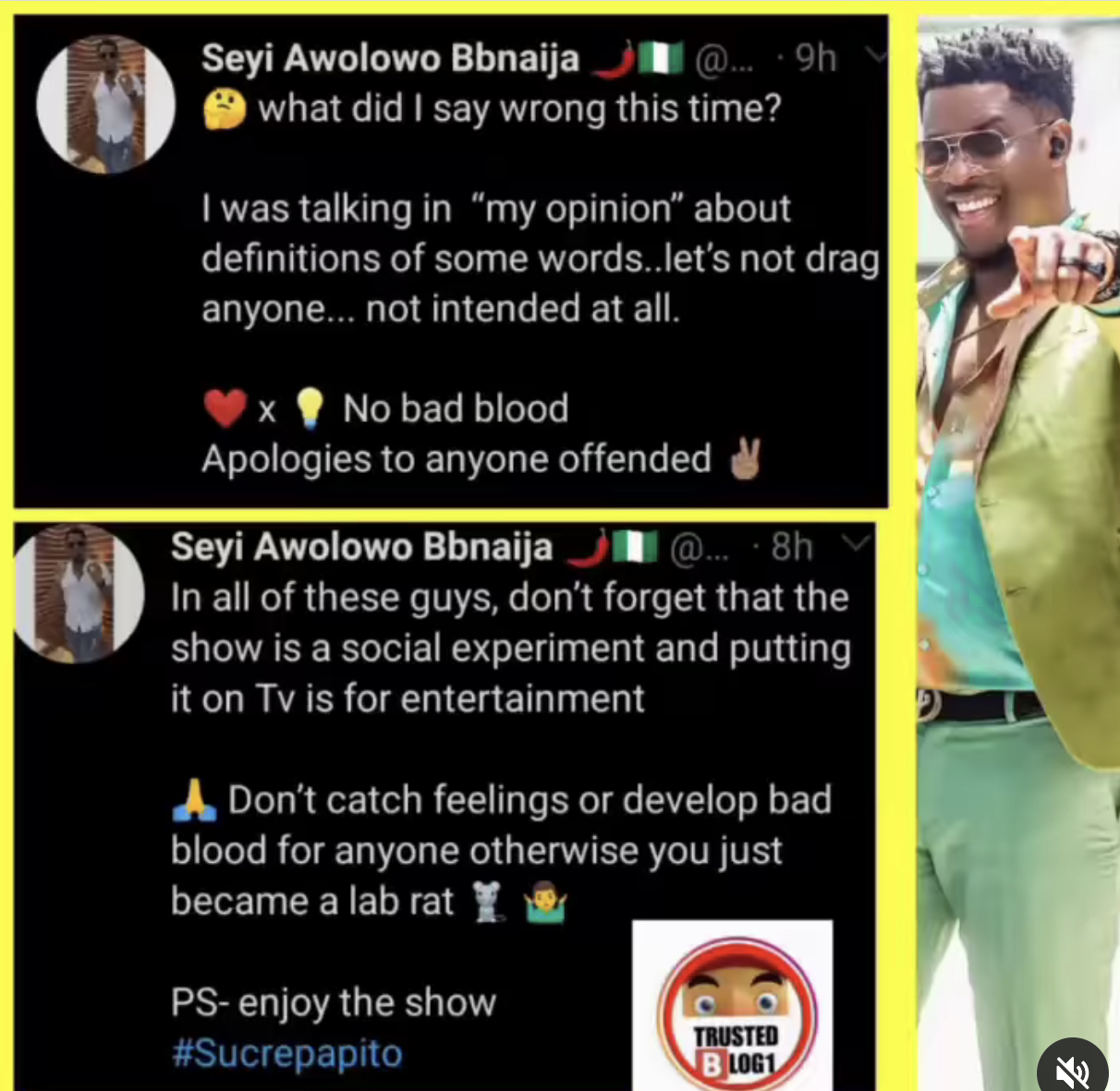