Ex-BBNaija housemate, Mercy Eke has taken the high road and she has tendered an heartfelt apology to those offended by her recent actions.

Retracing her steps, the reality TV star hosted an Instagram live session where she pleaded with Nigerians to forgive her as she noted that she has learnt from her mistakes.

Eke also implored her fans to turn blind eye to her detractors and let love lead.

Information Nigeria reported earlier that the former video vixen informed fans criticizing her for snubbing Nengi’s birthday that she won’t be forced into being friends with someone.

The reality TV star has now decided to make amends for her behavior.

Bbnaija season 4 winner, Mercy Eke Chinenye, has bowed to pressure and apologized for all her mistakes 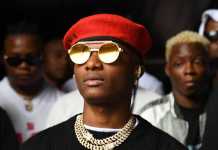