The model released a series of tweets before her final exit from the microblogging platform in which she told her over 14 million followers that she is leaving because the platform no longer serves her positively.

“For over 10 years you guys have been my world. But it’s time to say goodbye. This no longer serves me as positively as it serves me negatively, and I think that’s the right time to call something“, she tweeted.

Information Nigeria recalls that Teigen announced her miscarriage last year and received negative reactions from majority of Twitter users who berated her for not keeping the incident to herself. 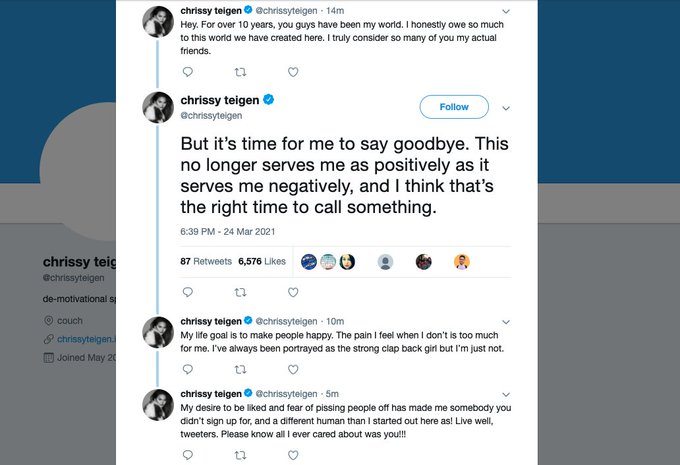 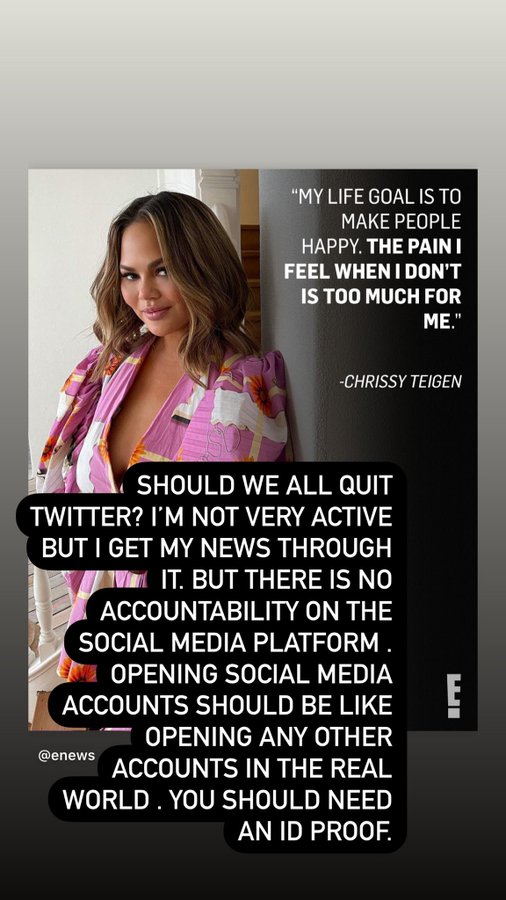