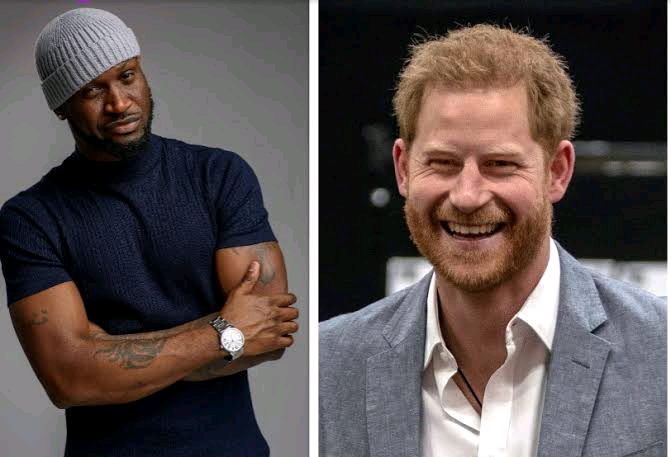 The singer’s name has been dragged into the social media discussion of the interview Prince Harry and his wife, Meghan Markle had with Oprah Winfrey.

A Twitter user has started it all by tweeting that the kind of support that Prince Harry gave to Meghan despite attacks from the royal family and the British media is uncommon in Nigerian men, particularly Igbo men.

The tweet was immediately countered with tweets from men who wasted no time in reminding users on the microblogging app that Peter Okoye also did the same thing for his wife, Lola Okoye.