Veteran music producer, Michael Collins Ajereh, alias Don Jazzy has stated that he does not regret sacrificing his marriage for music.

The veteran hitmaker and Mavin Records leader made this known after his shocking disclosure that he got married about 18 years ago at the age of 20 but had to get a divorce at 22 because he was deeply committed to music.

A fan asked the producer if the Nigerian music industry deserves such kind of sacrifice.

Jazzy then replied that he does not regret his decision of getting a divorce to focus on his music career.

“Ahh it does o. I will like to think that I have been a blessing to millions of people directly cos my music is successful. Let’s just be thanking GOD sha“, he tweeted. 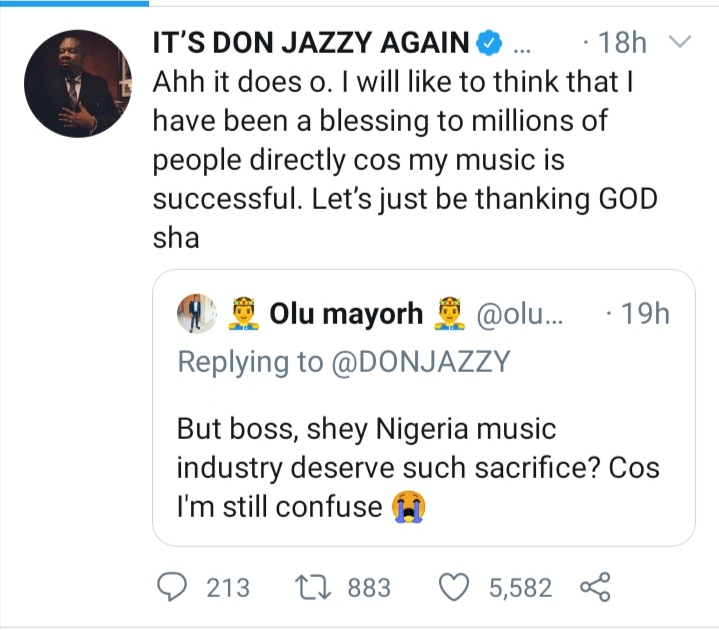