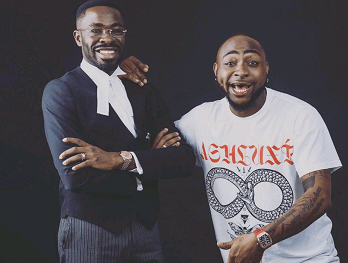 The DMW legal representative took to his Twitter page to reveal that the hit song was written by Davido and his recent signee Deinde.

“As far as I know, Jowo was performed by Davido, written by David Adeleke & Oladeinde Okubajo aka @Davido & @Deindeofficial and prod by Jerry Jethro & Peter A. Kehinde Emmanuel aka Napji & Majicboi. That’s as far as I know. Don’t shoot me I’m just the guy that did the paperwork :)“, he wrote.

‘Jowo’ is one of the hit singles off Davido’s third studio album, ‘A Better Time’.

Information Nigeria earlier reported that the Afro-beats music star was accused of stealing the song from Victor AD. The ‘Wetin We Gain’ crooner has, however, debunked the claims in a recent Twitter post. 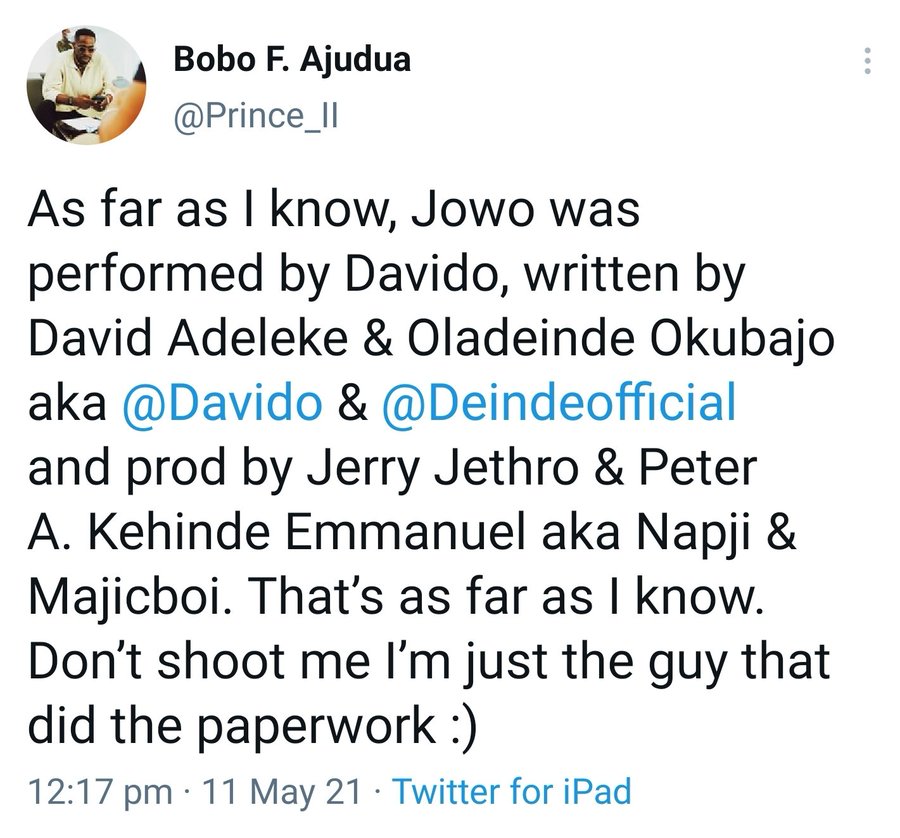